When Good Morning America and the Pennsylvania Treasury Department told Children’s Hospital of Philadelphia it had more than $90,000 in unclaimed funds, Hospital leaders decided to pay it forward.

Earlier today — on live TV and in front of hundreds of local students — CHOP CEO Madeline Bell revealed $91,505.04 would be used to invest in the Hospital’s Violence Prevention Initiative. To support additional violence prevention efforts at CHOP, donate today.

Today’s live broadcast in front of the Nicholas and Athena Karabots Pediatric Care Center at CHOP, was part of Good Morning America’s popular “Show Me the Money” segment where individuals and businesses learn about unclaimed money that is rightfully theirs, and are reunited with their lost funds.

“At Children’s Hospital of Philadelphia, we treat victims of violence every day,” Bell explained, “so we decided to put this money towards our Violence Prevention Initiative supporting our schools in Philadelphia.”

The news was met with cheers from students and excitement from school leaders. “This is awesome! We can’t wait!” Douglas said. 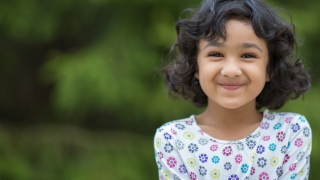 You can make a difference in the lives of children and teens who have been exposed to violence and bullying.