Researchers from Children’s Hospital of Philadelphia (CHOP) and New Jersey Institute of Technology (NJIT) developed new software that integrates a variety of information from a single cell, allowing researchers to see how one change in a cell can lead to several others and providing important clues for pinpointing the exact causes of genetic-based diseases.

The findings were published by Nature Communications.

Single-cell sequencing allows researchers to look at specific aspects of a cell to determine how it interacts with its microenvironment. This is particularly relevant in cancer research since it can be used to determine the effects of a mutation that may only affect a small portion of cells. At the single-cell level, researchers can study gene expression as well as messenger RNA, proteins and even organelles within the cells in much greater detail and resolution than before.

However, because each of the characteristics of a single cell has been studied individually, their connections with one another – for example, how a genetic variant might directly impact messenger RNA, protein synthesis or epigenetics – may not be apparent, even when comparing data generated from the same cell.

To address this statistical and computational dilemma, the researchers developed an automated single-cell multimodal sequencing clustering software tool to profile what is happening within the cell across multiple biological processes simultaneously and better characterize relationships between changes in a cell. 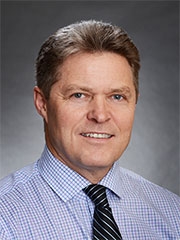 “With this tool, we can better understand a single cell as an entity and not just as a fragmented unit,” said Hakon Hakonarson, MD, PhD, director of the Center for Applied Genomics at CHOP and a senior author of the study. “This is a significant advancement and allows us to integrate and put all of this information into biological perspective, which is particularly important when considering information on different diseases.”

This study was supported by National Institutes of Health grant R15HG012087 and the National Center for Advancing Translational Sciences under grant number UL1TR003017. The computing resource was partially provided by Extreme Science and Engineering Discovery Environment (XSEDE) through allocation CIE160021 and CIE17003, supported by National Science Foundation Grant ACI-1548562.