CHOP Will Establish the “Raymond G. Perelman Campus” in Recognition of Extraordinary Gift 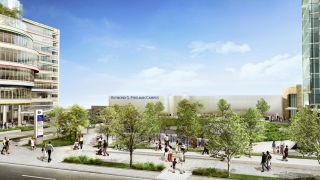 The Children’s Hospital of Philadelphia (CHOP) today announced a $50 million gift from Raymond G. Perelman. This gift, equal to the largest ever received by CHOP, will directly support a wide range of pediatric research, tackling the toughest and most challenging pediatric illnesses and establishing CHOP as a global center for innovative pediatric study. In recognition of this extraordinary gift for research, CHOP will establish the Raymond G. Perelman Campus, an eight-acre area that will serve as a hub of pediatric research and clinical innovation at CHOP.

“The significant research funding associated with this gift underscores the commitment of Raymond Perelman to world-class pediatric research and medicine,” said Mortimer J. Buckley, chair, Board of Trustees at The Children’s Hospital of Philadelphia. “Through his generosity, Mr. Perelman is first and foremost improving the lives of children for generations to come and we will always be grateful for his altruism,” he said.

“We know first-hand the tremendous resource that CHOP represents to families in the Philadelphia region, across the country and around the world,” said Raymond G. Perelman. “This gift will help to ensure that critically important pediatric research, conducted on this campus, remains second to none; in addition to making a tangible difference in the lives of children around the globe for many years to come, it is my hope and expectation that advances in medical research funded by this gift will benefit us all,” he said. 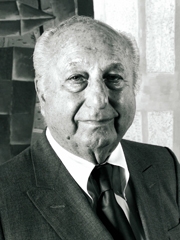 Raymond G. Perelman “The Philadelphia community has long benefited from the generosity and commitment of Raymond Perelman,” said Steven M. Altschuler, MD, chief executive officer of The Children’s Hospital of Philadelphia. “The impact of Mr. Perelman’s gift will be felt long into the future, helping generations of children live healthier lives. Raymond’s kindness and vision are truly remarkable,” he said.

The significance of the Perelman gift was noted by two other donor families whose past generosity place them among the most significant supporters of CHOP’s clinical and research endeavors: Ruth and Tristram Colket, Jr.; and the Buerger family, Constance and Alan Buerger, Krista and Reid Buerger, and Grant Buerger.

“Raymond Perelman’s commitment to advancing healthcare is truly extraordinary. We have long believed that the most powerful research happens when scientists and clinicians work closely together, and the Raymond G. Perelman Campus will unite them like never before. Children and families the world over will benefit from the transformative discoveries made possible by this generous gift,” the Colkets said.

“So many parents – in this area and far beyond – have a ‘CHOP story’: A story of how the work done by the wonderful physicians and scientists at CHOP changed their child’s life. By forging an even stronger connection between research and clinical care, the Raymond G. Perelman Campus will ensure that we will hear many more of these stories in the years to come,” Reid Buerger said.

The gift also establishes the “Raymond G. Perelman Research Fund” that will provide direct support for:

The newly named Raymond G. Perelman Campus comprises an eight-acre portion of the CHOP site located on Civic Center Boulevard just south of the Main Hospital and encompasses its most state-of-the-art research and clinical centers, including the Ruth and Tristram Colket, Jr. Translational Research Building, which opened in 2009; the new Buerger Center for Advanced Pediatric Care, under construction and slated to open this summer; and a 2.6-acre landscaped plaza.

The Children’s Hospital of Philadelphia was founded in 1855 as the nation’s first pediatric hospital. Through its long-standing commitment to providing exceptional patient care, training new generations of pediatric healthcare professionals and pioneering major research initiatives, Children’s Hospital has fostered many discoveries that have benefited children worldwide. Its pediatric research is among the largest in the country. In addition, its unique family-centered care and public service programs have brought the 535-bed hospital recognition as a leading advocate for children and adolescents. For more information, visit www.chop.edu.

Raymond G. Perelman was born in Philadelphia, raised in the Feltonville and Olney sections of the city and attended the University of Pennsylvania. After serving in WWII, he began a 50-year career with American Paper Products Co., a family business. He is currently CEO of RGP Holdings.

Mr. Perelman has served on many Boards of Directors, and has been active in numerous civic organizations, including: Chairman of the Board for the Philadelphia Museum of Art; Board of Directors for Temple University Hospital, the National Museum of American Jewish History, and the Albert Einstein Health Center. He is Chairman Emeritus of the Philadelphia Museum of Art, an active Board Member of Penn Medicine and Trustee for four foundations awarding millions of dollars in charitable donations each year.