The Philadelphia Pediatric Medical Device Consortium (PPDC) has announced its latest round of seed grants to companies developing medical devices for children. The Consortium chose six companies from among 10 finalists in a competition to receive seed grants of up to $50,000.

The devices are an airway clearance system, a urological biofeedback monitor, a vesicoureteral reflux diagnostic tool, an eye-tracking test for traumatic brain injury patients, a cranio-maxillofacial distractor and a vision acuity test for preverbal children.

Funded by the U.S. Food and Drug Administration and based at Children’s Hospital of Philadelphia (CHOP), the PPDC provides know-how and seed funding to help innovators translate promising ideas into commercial medical devices for use in children. The PPDC is a collaboration between CHOP, Drexel University and the University of Pennsylvania.

“We are once again delighted to support innovators of promising medical devices that address unmet clinical needs in children,” said engineer Matthew R. Maltese, PhD, of Children’s Hospital of Philadelphia, the Consortium’s executive director and principal investigator. “We received a strong field of proposals from which to choose.” 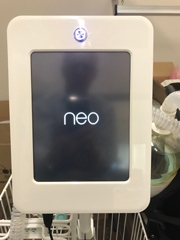 Dymedso, Inc. of Montreal, Canada, is developing the Neo™, a non-percussive acoustic airway clearance device specifically designed for infants and young children with lung diseases such as cystic fibrosis. The Neo™ uses sound waves for chest physiotherapy, which is more appropriate for toddlers and infants than clapping or percussive treatment.

Jason Van Batavia, MD, of CHOP is creating a home device for pediatric patients and their families to keep track of urinary flow rates and patterns. Real-time biofeedback is invaluable for the treatment of dysfunctional voiding. Data will be sent wirelessly to a smart phone or tablet and will be visualized in a mobile app. The patient’s physician will also be able to remotely monitor the progress of the patient’s treatment.

Kite Medical of Galway, Ireland, is developing a device to detect vesicoureteral reflux (VUR) in children. VUR is a condition that can potentially lead to kidney damage. Current diagnostic procedures require catheterization and radiation exposure. This device could offer a noninvasive, child-friendly alternative.

Oculogica Inc. of New York City is creating the EyeBOX, an eye-tracking based test to noninvasively and instantaneously assess intracranial pressure (ICP) in under four minutes. Quick and accurate detection of ICP in children following a traumatic brain injury would facilitate timely treatment and prevent further injury.

Ostiio LLC of Philadelphia is developing a novel device for distraction osteogenesis (DO) within the cranio-maxillofacial skeleton. For many years, DO has been used to correct congenital skeletal defects by promoting the growth of new bone. Unlike current DO methods, the Ostiio device would be fully internalized and remote-controlled, thereby decreasing the risk of infection, and improving patient and surgeon satisfaction. 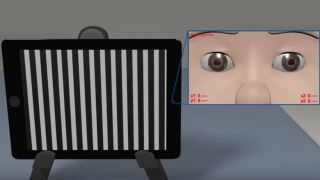 Vifant LLC of Philadelphia is developing a digital platform that identifies vision acuity impairment in preverbal children. Waiting to treat visual impairment until children are old enough to verbally communicate may result in reduced early learning development or blindness. This device could enable physicians and parents to be proactive about their child’s vision health without the need for verbal communication with the child.

Applications for PPDC funding opportunities are accepted from both U.S. and non-U.S.-based companies. The Consortium also accepts applications year-round for in-kind services and expert advice.

For more information on the PPDC, visit www.phillypediatricmeddevice.org