What does it mean for expectant mothers and hospitals when there are large-scale closures of maternity units? A new study led by researchers at The Children’s Hospital of Philadelphia provides an inside view from hospital staff members in Philadelphia, where 13 out of 19 obstetric units closed in a 15-year period.

The researchers found that sharp surges in patient volume in the remaining units strained the healthcare system, eroded workforce morale, and fragmented care for mothers and babies until hospitals adjusted to added demands. 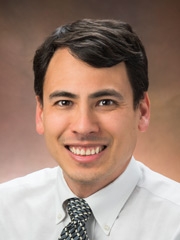 “While the degree of obstetric unit closures was larger in Philadelphia than in any other metropolitan area, analyzing the situation may provide useful lessons for other areas as hospital consolidations, closures and mergers have accelerated since the enactment of the Affordable Care Act,” said study leader Scott A. Lorch, MD, MSCE, a neonatologist and researcher in the Center for Outcomes Research at The Children’s Hospital of Philadelphia (CHOP).

Lorch and colleagues published their research in the December 2014 issue of Health Affairs and spoke today at a forum sponsored by the journal at the National Press Club in Washington. The forum, like the journal’s current issue, focused on children’s health.

In a previous study, published in 2012, Lorch’s team reported that infant mortality rates in Philadelphia rose by nearly 50 percent over a three-year period after a series of hospitals began closing obstetric units in 1997. Those mortality rates subsequently leveled off by 2007.

In contrast, the current study did not analyze patient outcomes, but instead summarized responses and conclusions from key hospital staff members asked about their experiences from 1997 to 2012. Over that timespan, 13 out of 19 hospital maternity units shut down within the city of Philadelphia. The researchers conducted semistructured interviews with 23 informants at 11 hospitals whose maternity units remained open. Six hospitals were in Philadelphia and five were in the surrounding suburbs; none were identified in the paper.

The informants said dramatic surges in delivery volume were their greatest challenge. Maternity units averaged 58 percent in increased volume, resulting in frequent overcrowding, understaffing and lower staff morale. Moreover, the overall patient mix shifted toward poorer patients who were more likely to receive late or no prenatal care. From 1995 to 2009, the surviving obstetric units had on average a three-fold increase in patients with public insurance or no insurance.

Unlike the previous pattern, in which patients often received prenatal care at the same hospital where they gave birth, prenatal care became more fragmented, as patients had to choose another birthing hospital. Their prenatal health information did not always follow them to the new hospital. “One clear message from this study is that women need help from their healthcare system in obtaining better continuity of care throughout their pregnancies,” said Lorch.

Overall, the informants identified two main areas for improvement: better communication among hospitals before closures occurred, and the development of regional solutions to coordinate prenatal care with care at delivery. “Because hospitals compete with each other for patients, local health departments may need to exercise foresight and planning, identifying hospital units at risk for closing,” said Lorch. He added, “Public health officials may need to take on a communications role among affected hospitals to smooth the transition for patients.”

Another suggestion from the study team’s informants is to establish systems for exchanging health information and to standardize protocols among regional providers to improve continuity of care. “Easing the transition when obstetric units close should improve the experience of both patients and caregivers,” said Lorch.

This study was funded by the Agency for Healthcare Research and Quality, part of the National Institutes of Health (grant HS018661). Lorch’s co-authors were Ashley Martin, MPH, and Richa Randa, MPH, both from the Center for Outcomes Research at CHOP; and Sindhu K. Srinivas, MD, MSCE, and David Grande, MD, both from Penn Medicine.