Viruses must avoid a host’s immune system to establish successful infections—and scientists have discovered another tool that viruses use to frustrate host defenses. Researchers from The Children’s Hospital of Philadelphia (CHOP) and the Perelman School of Medicine at the University of Pennsylvania demonstrate a novel mechanism by which viruses shut down alarm signals that trigger immune responses. This finding may open the door to future tools for controlling unwanted inflammation in severe infections, cancers and other settings. 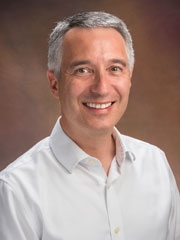 “We discovered a new property for a classic protein in a well-studied virus,” said Matthew D. Weitzman, PhD, a CHOP virologist, who led the study published today in Nature.

The Weitzman research group focuses on how viral infections represent battles between two genomes—the DNA carried by the virus and DNA of the host. When a virus delivers its DNA into a cell nucleus, cellular proteins recognize the invader and alert the host’s immune response. Viruses counteract these host responses, hijacking the host’s cellular machinery in a variety of ways that subvert immune defenses and allow the viral infection to spread.

In the current study, the researchers reveal a new mechanism, in which a viral protein traps an important signaling molecule inside the cell nucleus, and prevents it from sounding an alarm to the immune system.

Teaming up with researchers across multiple disciplines at CHOP and Penn Medicine, Weitzman and colleagues investigated protein VII, a small protein produced by adenovirus. Adenovirus, a common human virus that infects many cell types, including those in the lungs, gastrointestinal tract and eyes, has long been studied to understand cellular processes and reveal key regulators.

Adenovirus uses protein VII to compact its genome within virus particles, similarly to how histone proteins condense a cell’s DNA into chromosomes, collectively called chromatin. Because protein VII resembles histones, the study group tested whether protein VII could manipulate cellular chromatin by mimicking histones and disrupting chromosome structure. They found that protein VII alters cellular chromatin in cell culture, in human lung tissue in the laboratory, and in mouse models.

To further explore protein VII’s unexpected dual role in both viral and host DNA, the research team investigated how the virus changes the composition of cellular chromatin. They discovered that when protein VII was present, other proteins, particularly HMGB1, were much more highly associated with cellular chromatin. HMGB1 is an “alarmin,” a danger signal that normally travels beyond the cell to activate inflammatory responses during injury or infection. Protein VII shuts off this alarm: when protein VII binds to chromatin in the host cell, it traps HMGB1 in the cell nucleus, thus preventing its release and suppressing the recruitment of immune cells. 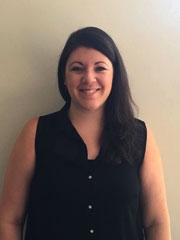 Weitzman’s group continues to study this novel immune evasion mechanism to determine whether it is broadly used by viruses. “We will be investigating other viral proteins to determine whether they act similarly, in hiding alarm signals from the immune system,” said Daphne C. Avgousti, PhD, the study’s first author and a postdoctoral fellow in Weitzman’s laboratory. She added that much remains to be learned about how these specific viral proteins function in human lung infections and inflammation.

By combining expertise from researchers in virology, chromatin, proteomics and immunology, said Weitzman, this study shows the potential of multidisciplinary, basic scientific research to contribute to therapeutics. “We have learned a new way that this virus evades the immune system, and this insight suggests a potential method of exploiting this process to better control immune responses for patient benefit,” he said, adding, “If we can better control inflammation in severe reactions such as sepsis or in disease processes in specific cancers, we may have a potential new tool for clinical use.” Because gene therapy approaches have also been frustrated by immune responses, this suggests another situation in which protein VII’s suppression of the immune response could be used to benefit patients.

The National Institutes of Health supported this study (grants CA115299, GM112414, and CA097093, and others). In addition to their CHOP positions, Weitzman and Avgousti are in the Perelman School of Medicine at the University of Pennsylvania. Other collaborators on this study include CHOP neonatology researcher G. Scott Worthen, MD, and biochemist Benjamin A. Garcia, PhD, of Penn Medicine. The collaboration also benefited from cores and expertise in virology, pulmonology and proteomics.