Researchers at Children’s Hospital of Philadelphia (CHOP) have discovered that a specific type of lung cell exhibits unconventional immune properties and may contribute to the outcome of respiratory viral infections. The researchers focused on type II alveolar (AT2) cells, which are non-immune cells of the lung that are critical for basic lung health and tissue repair after lung injury. They found that AT2 cells express high levels of major histocompatibility complex II (MHC-II), an important immune system trigger, and that AT2 MHC-II expression appears to confer an appreciable advantage in the outcome of respiratory viral infection. The findings were published today in Nature Communications. 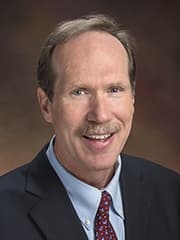 Laurence Eisenlohr, VMD, PhD “This study shows that MHC-II expression is regulated in a unique way in AT2 cells, which has important implications for the health of lungs when faced with infection,” said senior author Laurence Eisenlohr, VMD, PhD, investigator and Professor of Pathology and Laboratory Medicine at CHOP. “Future research should explore whether alterations in AT2 MHC-II expression or function contribute to the wide variation in outcome of lung diseases in humans, particularly SARS-CoV-2 infection, as AT2s are a major cell type infected with this virus in the human lung.”

MHC-II triggers an immune cascade that activates helper T cells, which in turn drive B cells, cytotoxic T cells and other important immune cells required to fight an infection. The sequence begins when a peptide from the infectious pathogen connects with MHC-II protein, and that complex is presented on the surface of the cell, a process known as “antigen presentation.” Historically, only certain types of specialized immune cells, termed “professional antigen presenting cells,” have been shown to express MHC-II at steady state, including B cells, dendritic cells, and macrophages; other cells outside of the immune system are thought to express MHC-II only when inflammation is present, such as during an infection. However,  recent research has shown that some of these other “non-immune” cell types, including AT2s, can also express MHC-II under normal conditions as well, and this is thought to be driven by small amounts of inflammation that are still present even at homeostasis.

AT2 cells are epithelial cells in the lung parenchyma that produce surfactant and promote cell renewal. Previous studies of AT2 MHC-II expression and function have varied widely, and as a result, researchers have not fully understood how well AT2 cells express MHC-II, what triggers AT2 MHC-II expression, and how AT2 MHC-II functions in lung immunity both at baseline and during lung infection.

To better understand the role of AT2 MHC-II, the researchers analyzed mouse and human AT2 cells and found that despite being non-immune cells, AT2s express MHC-II uniformly and to high levels under normal conditions, at levels similar to the “professional antigen presenting cells.” They also found that in AT2 cells, MHC-II expression is activated independently of the inflammation cascade that is thought to set the complex into action in essentially all other non-immune cells, suggesting it is triggered in AT2s by unique mechanisms.

Given the role of MHC-II in initiating an immune response, the researchers examined the role of AT2 MHC-II in protecting the lungs from respiratory disease. To test this, the researchers generated mice with an AT2-specific deletion of MHC-II. Under normal conditions, the health of the mice did not seem to be affected by the deletion of MHC-II; they did not develop spontaneous respiratory disease and the lung tissue was comparably healthy to mice with functional AT2 MHC-II, leading researchers to conclude that MHC-II does not seem to be required for effective surfactant production or lung regeneration, or lung immunity at homeostasis. However, when the mice were exposed to influenza A virus and Sendai virus, the mice with MHC-II deletions had higher morbidity and mortality than those with intact MHC-II, implying that it does contribute to improved outcomes during lung infection.

Although loss of AT2 MHC-II worsened respiratory virus disease, the effect was smaller than the researchers had anticipated based on the abundance of AT2 cells in the lung and the magnitude of AT2 MHC-II expression. Surmising this might be a result of a limitation in the actual function of MHC-II on AT2 cells, the researchers examined the ability of AT2 cells to present infectious and non-infectious antigens via MHC-II to stimulate other immune cells. They found that AT2 cells are capable of presenting antigen via MHC-II and that this is enhanced in the setting of inflammation, but compared to the specialized “professional antigen presenting cells,” AT2 cells exhibit very limited antigen presentation capacity.

“Although future studies will need to explore the reasons why this combination of high MHC-II expression but limited antigen presentation occurs in AT2 cells, we propose that this is actually part of a carefully balanced system in the lung, where excessive T cell activation would be especially damaging,” Eisenlohr said. “We propose that high MHC-II expression by AT2s allows them to participate in immune responses, but restrained MHC-II antigen presentation establishes a higher threshold that must be overcome in order to for them to activate the immune system, allowing for AT2s to contribute in a more tempered manner. This way, MHC-II presentation by AT2s would only trigger T cell activation in the setting of high antigen burden, such as a severe lung infection, but would prevent AT2-induced amplification of T cells in response to low levels of inhaled innocuous environmental antigens.”