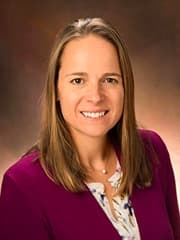 Neighborhood characteristics, including poverty and crowding within homes, were associated with higher rates of SARS-CoV-2 in pregnancy during the prevaccination era of the pandemic, according to a new study led by researchers at Children’s Hospital of Philadelphia (CHOP). The findings, which were published today in the journal Obstetrics and Gynecology, may partially explain the high rates of COVID-19, the disease caused by SARS-CoV-2, among Black and Hispanic patients.

“By now it is well understood that the COVID-19 pandemic has disproportionately affected Hispanic and Black communities in the United States, and our study identifies potential factors that contribute to this phenomenon in pregnancy,” said Heather H. Burris, MD, MPH, an attending neonatologist with the Division of Neonatology at Children’s Hospital of Philadelphia and first author of the study. “Addressing the structural racism that has led to persistently different living conditions by race and ethnicity in the United States, and investing in residential communities, will be key to advancing health equity.”

Studies have shown that Hispanic and Black people are 2.8 times more likely to be hospitalized and twice as likely to die from COVID-19 compared with White counterparts. These disparities have also been reported among pregnant patients, with Hispanic and Black patients more likely to have a positive test result for SARS-CoV-2 infection during pregnancy. Indeed, in prior research, CHOP investigators reported that positivity for SARS-CoV-2 was five times higher among pregnant Black and Hispanic patients compared with pregnant White patients in a hospital-based cohort in Philadelphia. However, the factors contributing to such racial and ethnic disparities were not fully understood.

To better understand the role neighborhood environments might play in driving these disparities, the researchers analyzed a cohort of 5,991 pregnant patients who gave birth at two hospitals in Philadelphia between April 13 and December 31, 2020. Using serum samples obtained for clinical purposes, researchers led by Scott Hensley, PhD at the University of Pennsylvania Department of Microbiology tested the samples for antibodies to SARS-CoV-2, which would indicate current or prior infection, given that vaccines were not yet available and antibodies persist for some time after infection. Race and ethnicity were determined based on patients’ self-reported answers in their medical record. The researchers also geocoded patients’ residential addresses to assess three Census tract variables: community deprivation, based on factors such as the proportion of residents with income below the federal poverty line, without a high school degree, and lacking medical insurance; racial segregation, based on to what extent a neighborhood was all Black or all White or somewhere in between; and crowding, defined as the proportion of residences with more humans than rooms in the house.

Examining the entire cohort, the researchers found that 9.4% of all patients tested positive for SARS-CoV-2 antibodies. Higher rates of positivity were seen among Hispanic (19.3%) and Black (14%) patients, compared with Asian (3.2%) and White (2.7%) patients, as well as those of another race or ethnicity (5.9%). Using statistical tools, the researchers found that deprivation and crowding were associated with positivity for SARS-CoV-2, whereas segregation was not. Their statistical analysis showed that crowded housing might explain 6.7% of the Hispanic-White disparity and neighborhood deprivation might explain 10.2% of the Black-White disparity.

Although the paper did not examine why deprivation and crowding led to increased SARS-CoV-2 positivity, the researchers hypothesized that close quarters likely led to shared ambient air, insufficient ventilation, and an inability to quarantine, allowing the virus to spread more easily. Additionally, the authors noted that Hispanic and Black women are more likely to be essential personnel who could not work from home, which may have placed Hispanic and Black patients at higher risk for SARS-CoV-2 exposure.

“This study adds to the body of work demonstrating that neighborhoods affect health and that pregnant people with fewer resources are at higher risk for complications, including infection with SARS-CoV-2,” said senior author Karen M. Puopolo, MD, PhD, an attending neonatologist at Children’s Hospital of Philadelphia and Chief of the Section on Newborn Medicine at Pennsylvania Hospital. “The pandemic has underscored the need for structural changes to support health equity, which will lead to better outcomes for pregnant patients and their families.”