Scientists have used systems biology tools to map out molecular pathways and signaling circuits that come into play when the immune system acts against infections and cancer. Important immune cells, called CD8+ T cells, play a pivotal role in immune response, but their gene regulatory circuits are not well understood.

Researchers from Children’s Hospital of Philadelphia (CHOP) and the University of Iowa used sophisticated sequencing and computational techniques to investigate the molecular mechanisms during each stage of the CD8+ T cells’ responses. By identifying novel biological pathways and publishing details of these interactions, the study team aims to help uncover useful targets in developing better vaccines and cancer treatments. 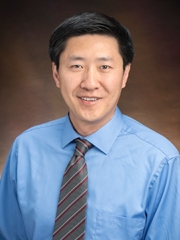 Kai Tan, PhD “We have revealed novel components and connections in the regulatory network underlying how these T cells mount an immune response,” said study co-leader Kai Tan, PhD, of the Center for Childhood Cancer Research and the Departments of Pediatrics and Biomedical and Health Informatics at CHOP. “We found highly dynamic processes as these cells develop. In addition to adding to our knowledge of cell biology, these findings may help advance vaccine development and cancer immunotherapy.”

Tan and colleagues at CHOP co-authored the study with a team led by Hai-Hui Xue, MD, PhD, of the Carver College of Medicine at the University of Iowa. The research appeared online Dec. 13 in Immunity and in print today.

The researchers investigated how CD8+ T cells in laboratory mice respond to infections. In mice, humans and other mammals, those cells begin in a naïve pre-infected state, but after encountering an antigen, differentiate into large quantities of effector cells to clear an infection. After the infection, cell numbers diminish, but central memory T cells retain a long-term ability to defend against reinfection by microorganisms that carry the same antigen.

The three stages of CD8+ T cell development are well known, but the current study identifies a detailed map of the regulatory circuitry, such as interactions between enhancers and promoters—genetic regulatory regions that function together in driving genes to transcribe proteins to carry out biological processes.

Using bioinformatics tools to identify and map out specific components and regulatory interconnections, the study team found highly dynamic activities during CD8+ T cell responses: a distinct repertoire of super enhancers--groups of enhancers that interact with promoters to drive gene transcription, new groups of enhancers that jump into activity only in the memory cell stage, and extensive re-wiring of regulatory circuits from one cell stage to another.

“Better understanding of these mechanisms is important because increasing the quantity and quality of memory CD8+ T cells is a key goal in developing more effective vaccines and immunotherapeutic strategies,” said Tan. “In addition, although many shared properties exist between infection and cancer, future studies identifying distinct regulatory wiring in cancer-infiltrating T cells are essential for the continued progress of cancer immunotherapy.”

The researchers created a website to hold datasets resulting from this study, including a “roadmap” of methods for extracting useful clues for further study by other researchers. “We expect this resource will suggest novel targets for researchers in immunology and oncology,” said Tan. He added that the immediate next step is to perform experimental testing and refining of the circuit models from this study. 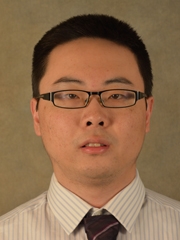 Bing He, PhD Primary support for this study came from the National Institutes of Health (grant AI115149), with additional support from 10 other NIH grants to various co-authors. The co-first authors are Bing He, PhD, from CHOP, and Shaojun Xing, PhD, from the University of Iowa.