Genetics experts at CHOP collaborated with researchers at the National Institutes of Health (NIH) in developing facial recognition software to help healthcare providers worldwide in diagnosing the genetic condition 22q11.2 deletion syndrome (22q11.2 DS). Because this chromosomal difference results in multiple birth defects such as congenital heart disease and endocrine problems, medical problems such as feeding and swallowing issues, and developmental differences such as autism, it is important to recognize 22q11.2 DS early in a child’s life so that clinicians can provide appropriate care and genetic counseling.

CHOP is recognized as the world’s premier center in caring for patients with 22q11.2 DS and performing cutting-edge research for this relatively common but underrecognized condition. In addition to cardiac, endocrine and neurodevelopmental problems, the syndrome may affect the immune system, the palate, kidneys, spine, brain and face. 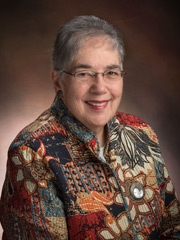 Elaine H. Zackai, MD Elaine H. Zackai, MD, director of Clinical Genetics, and Professor of Pediatrics at Penn Medicine, and Donna McDonald-McGinn, MS, LCGC, associate director of Clinical Genetics, director of CHOP’s 22q and You Center, and clinical Professor of Pediatrics at Penn Medicine, were co-authors of a paper published online March 23 in the American Journal of Medical Genetics. Both clinicians have longstanding experience in providing multidisciplinary, coordinated, and family-centered care for this condition, as well as in conducting groundbreaking research. In fact, the 22q and You Center at CHOP provided the majority of materials needed to complete the new study.

Max Muenke, MD, a former attending geneticist at CHOP, now at the National Human Genome Research Institute (NHGRI), part of the NIH, led the study, collaborating with researchers from Asia, Africa, Latin America and the U.S. (including CHOP). The work is part of the Institute’s Atlas of Human Malformations in Diverse Populations. That Atlas will include photos and written descriptions of affected individuals throughout the world, going well beyond the current diagnostic atlas that is limited to patients of northern European ancestry. 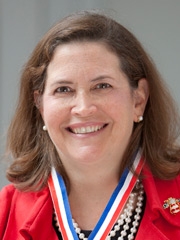 Donna McDonald-McGinn, MS, LCGC McDonald-McGinn pointed out that the current study drew on a seminal 2005 paper from the 22q and You Center analyzing 22q11.2 DS in African-American patients. “We observed that only 11 percent of our 22q11.2 DS patients were African-American, in contrast to 42 percent of CHOP’s overall patient population,” she said. “Because minor differences in facial features are associated with this condition, we tested the hypothesis that non-Caucasians affected by 22q11.2 DS were being under-diagnosed because their facial features were less typical of those found in Caucasians. Moreover, with limited access to sophisticated laboratory studies in many countries outside the U.S., it became clear that alternative methods of diagnosis, even without laboratory confirmation, could still improve immediate management and lead to better long-term outcomes.”

Using facial recognition software similar to that used in airports and on Facebook, the current study compared photographs of 156 children and adults with 22q11.2 DS to photos of 156 individuals in a control group, matched for age and gender. The individual participants were from 11 countries and four continents.

Based on 126 individual facial features, the researchers made correct diagnoses 96 percent of the time for participants from all ethnic groups. As scientists continue to refine the technology, they envision that eventually healthcare providers will take a cell phone photo of a patient, have it analyzed, and receive an accurate diagnosis.

To see the NHGRI press release on this study, click here.