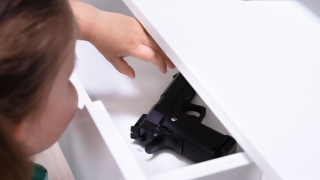 Guns are a fact of life in this country, and a subject of intense debate. As a parent you can take practical steps to keep your children safe from gun injury in your home and the homes of their friends.

The Violence Prevention Initiative (VPI) at Children’s Hospital of Philadelphia has studied the risks of gun violence for children and youth, and offers common-sense guidance to families.

Even if we think we have hidden guns well, we probably haven’t fooled our kids. Three quarters of children ages 5 to 14 know where firearms are kept in the home.

That easy access to guns presents a huge risk to children, who don’t have the maturity to understand how lethal guns can be. Children are naturally curious and impulsive. They don’t have the self-restraint or caution that comes with age.

Nine children and teenagers are shot every day in gun accidents — that’s more than 3,000 each year.

Ready access to guns also presents a risk to teenagers with suicidal thoughts. Most adolescent suicides occur in the home using a parent’s gun. Unlike other means of suicide, attempts with guns are almost always (95%) fatal.

Combining accidents, suicides and intentional acts of violence, guns are the second leading cause of death among children and teenagers. A recent study found that from 1999 to 2017, nearly 40,000 school-aged children ages 5 to 18 were killed by firearms.

Children are safest in a home without a gun.

If you own a gun, it’s not enough to hide it and it’s not enough to talk to your children about gun safety. Lock it up, store it in an out-of-sight location and keep the key or combination where no child or teenager can get to it. Never store the gun loaded, even when locked. Take the gun apart for storage and lock the ammunition separately.

Locking options include cable locks, trigger locks, lockboxes and gun safes, all available online or where guns are sold. Cable locks are the least expensive of these options and may be available for free from your local police department. A cable lock might keep a gun safe from an inquisitive young child, but it probably won’t deter a more determined adolescent. A gun safe is the most secure option and can be used with a separate safe or lockbox, in another part of the house, for the ammunition.

Ask about guns before your child plays at another home

Keeping your home gun-free or gun-safe is critical to your child’s safety, but it’s only part of the solution. You also need to make sure you child is safe from guns when visiting the homes of friends, neighbors and relatives.

Make it a habit to ask a simple question before your child goes on a play date or visits another home: “Is there an unlocked gun in your house?”

It might feel awkward at first, but you’ll find that most parents aren’t bothered by the question. By asking, you’ll be joining millions of other parents in a nationwide safety initiative, the Asking Saves Kids (ASK) Campaign, a collaboration between the Brady Center to Prevent Gun Violence and the American Academy of Pediatrics.

If the answer to the question is “No,” you’ll have one less worry. If the answer is “Yes,” invite the children to your house instead.

Talk with your child about guns

Teach your child how to react if he or she sees a gun: Don’t touch it, move away from the area and tell a grownup immediately.

But don’t rely on that training alone. You can’t be assured that your child will always remember those instructions, or that young friends will react with as much caution.

Guns in the Home. American Academy of Pediatrics