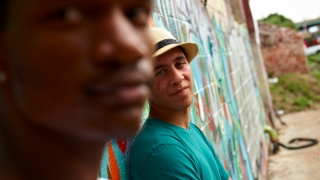 The practice of vaping is exploding among teens, and parents should be concerned. A recent study shows that nearly a third of high school seniors have used a vaping device or e-cigarette in the last year, and that 1 in 6 have vaped in the last month, an indication of regular use. The practice reaches younger kids, too. One in 15 eighth-graders reports vaping in the last month.

To understand what parents and teens should know about e-cigarettes and vaping, we spoke with Brian Jenssen, MD, a primary care pediatrician at Children's Hospital of Philadelphia (CHOP) and a researcher at CHOP’s PolicyLab who has worked with the American Academy of Pediatrics (AAP) on tobacco policy efforts.

Here are some of the reasons parents and teens should be concerned about vaping.

Vaping: A gateway to cigarettes

There’s a common misconception among teens and many adults that vaping is a “healthier” alternative to smoking. This is a myth.

For young people who are not smokers, vaping has no benefit, only risks. The short-term sensation of stimulation or calm from the nicotine wears off quickly, leaving an urge for another hit. Repeated use leads to the same addiction to nicotine that comes with smoking. And that can lead young users to start smoking.

“There is remarkably clear data showing that teens who try vaping are much more likely to go on to smoke regular cigarettes,” says Jenssen. “Kids who were at low risk for smoking can be drawn to traditional tobacco products through their use of e-cigarettes.”

These products are not all being regulated

Do not assume that regulations will restrict marketing of these new tobacco products to children. Marketing and labeling of vaping products is unregulated, as is testing for safety. The FDA deferred on establishing regulations in 2017 and is in a study period through 2022. While it is illegal to sell e-cigarettes to anyone under 18, kids have no problem buying them, and use among teens is growing rapidly.

Update: In November 2018, the FDA issued a statement on proposed new steps to protect youth by preventing access to flavored tobacco products and banning menthol in cigarettes.

“Because it’s a tobacco product that is not regulated, you can’t tell what’s in the liquid you’re buying or what goes into your body when you use it,” says Dr. Jenssen. “We know that most of the products have nicotine, which is addictive — particularly addictive and damaging in young people whose brains are still developing.” (This is an issue PolicyLab researchers are watching closely.)

On top of that, recent research on actual users has shown that they are taking in heavy metals like nickel, tin and lead, and chemicals known to cause cancer. Some of that is coming from the flavorings and the heating devices and some from the tobacco from which the liquids are made.

And like secondhand smoke, secondhand vapor is harmful. When kids are vaping in a school bathroom, others who enter the room inhale the nicotine and the harmful metals and chemicals.

We’re in danger of reversing progress in reducing teen smoking

We know that cigarette smoking kills. The steady decline in smoking rates among young people over the past decades is one of the great public health success stories of our time. And because 90 percent of adult smokers start before they are 18, the decline in youth smoking has been a major factor in the overall decline in smoking in the U.S. — and in the saving of millions of lives.

Experts now worry that this historic progress is being undermined by the explosive popularity of e-cigarettes and vaping among teens. As with smoking decades ago, vaping is promoted with enticing advertising but little information about the very real health risks. Even more dangerous: Vaping products are designed with special appeal to young people — in flavors like cotton candy and sour gummy worms, and with devices styled to appeal to tech-savvy teens.

So, what can we do to combat this concerning trend?

Be informed and talk with your teen

“There’s a real knowledge gap,” Dr. Jenssen says. “Many teens — and adults for that matter — don’t know there is nicotine in the product. They think it’s just flavored water, and that it’s completely harmless. It’s like where we were with smoking 70 years ago.”

He encourages parents to learn about vaping and its health risks and to talk with their children. “Tell them why you don’t want them to use e-cigarettes,” he urges. Be sure to keep the conversation ongoing.

Read health and wellness tips from the pediatric experts at Children's Hospital of Philadelphia. Subscribe to our Health Tips newsletter to receive them in your inbox.