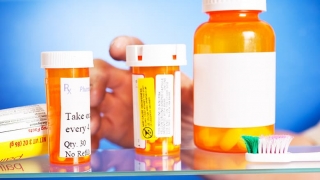 It seems like too good of a deal to pass up: A container of 500 over-the-counter pain relief pills for a good price. And it’s convenient since you won’t run out anytime soon. You store the medicine in a family cabinet or drawer, because you can’t use it all yourself.

Pain relievers like acetaminophen and ibuprofen are often assumed to be safe because they are readily available without prescriptions, but a study published earlier this year in the journal Pharmacoepidemiology and Drug Safety should prompt us to rethink some of our medicine storage habits.

Researchers saw a 34% rise in reports of suicide attempts involving over-the-counter (OTC) painkillers acetaminophen (Tylenol© and others), ibuprofen (Advil© and others) and acetylsalicylic acid (aspirin) between 2000 and 2018. The emerging trend was found by analyzing calls to poison control centers across the United States, like the one operated by Children’s Hospital of Philadelphia (CHOP) for residents of Eastern Pennsylvania and Delaware.

During the years studied, 549,807 calls involving intentional attempts at self-harm that mentioned OTC painkillers came in to poison control centers. Nearly half of the calls involved young people between the ages of 6 and 19 years. This is an emerging trend seen among preteens and teenagers, and does not appear to be linked to the opioid epidemic.

The Poison Control Center at CHOP saw a similar pattern. The team tracked annual increases in attempts at self-harm involving OTC painkillers every year since 2011, and noted that they were especially common among young females. Naproxen (Aleve© and others) and antihistamines, specifically diphenhydramine (the active ingredient in Benadryl©), are also prone to being abused. With diphenhydramine, some youths are seeking a high and take too many pills, which can lead to hallucinations, seizures and heart problems.

Most families think OTC medicines are safe — and they are when taken as directed. However, intentionally taking too many pills can cause a lot of damage. Too much acetaminophen can cause liver failure, excessive ibuprofen or naproxen can damage the stomach and kidneys, while taking too much aspirin can cause seizures and high fevers.

Especially during the pandemic, it’s tempting to stock up on medications to eliminate extra trips to the store or pharmacy. But the risk may not be worth it, especially for households that have a teen who is dealing with depression or who is prone to impulsive acts.

Here’s what you can do to minimize risk:

The same advice holds true for prescriptions, especially for antidepressants such as Prozac©, Paxil© and Wellbutrin©. There has been an alarming increase in intentional overdoses for youths and young adults using antidepressants. If this is a concern for you, ask providers to write prescriptions for one month, not three.

Parents and caregivers face a tough balancing act as children get older and begin to accept responsibility for taking their own medications, which is important for those with chronic conditions as they prepare for independence.

Keeping the lines of communication open between parents and teens is important. If families routinely discuss health-related topics, the dangers of taking too many over-the-counter medicines can be part of a typical conversation.

It’s also crucial for parents to let their children know they are available to talk about how things are going emotionally. Listen without judgment or without downplaying any concerns. If kids are struggling with feelings of depression or anxiety, talk to your healthcare provider about getting help. Don’t wait!

Keeps these numbers handy, perhaps put them on the fridge. The Poison Control Center has taken calls directly from teens who have or are considering taking an overdose.

Reviewed by: Anthony Jaworski, PharmD, BCCCP, specialist in Poison Information with the Poison Control Center at Children's Hospital of Philadelphia 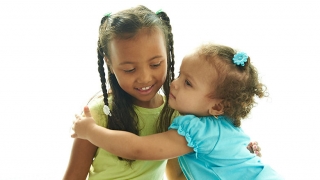