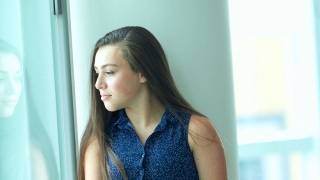 September is National Suicide Prevention Awareness Month — which makes now a good time to have a conversation about suicide with your preteen or teenager.

If you’re like most parents, you probably think that suicide isn’t something you need to worry about, that if it were a concern for your child you would know it. You could be wrong on both counts. Consider these facts:

Stacy McAllister, MD, a psychiatrist in the Department of Child and Adolescent Psychiatry and Behavioral Sciences at Children’s Hospital of Philadelphia (CHOP), helps put the issue in perspective for parents. “You regularly talk to your children about safety issues, like wearing seat belts and not using drugs,” she explains. “Suicide is no different.”

You should not be afraid to talk to your child about suicide. Having that conversation doesn’t increase their risk of suicide or plant the idea in their head. In fact, opening a dialogue can help your child feel connected and supported. It might be the first step toward helping your child get what could be life-saving help.

How do you have this conversation? Dr. McAllister offers some suggestions:

“Even if your child doesn’t say much the first time you introduce the topic,” says Dr. McAllister, “you have opened the door for future conversations. It is important for your child to know that they can come to you if they have worries or questions as they grow through the teenage years.”

In addition to talking together and listening to your child, pay attention to your child’s behavior. Warning signs include:

If you feel like there has been a major shift in your child’s mood or behavior, and you are feeling worried, do not hesitate to seek help. Bring your child for an evaluation by a mental health professional.

For more information, see the resources for parents and teens on the website of the Society for the Prevention of Teen Suicide.

[2] Trends in the Prevalence of Suicide-Related Behaviors: National YRBS 1991-2017. Centers for Disease Control and Prevention. 2018