Once random and rare, today mass shootings are relatively common, often high-profile events that lead to catastrophic outcomes for both victims and witness bystanders. A new research letter published today in JAMA Pediatrics from Children’s Hospital of Philadelphia (CHOP) shows that one in five mass shootings occurs within a block of a school and more than 90% occur within a mile of a school or place where children gather. 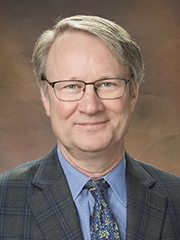 Michael Nance, MD, FACS, FAAP “Firearms are the second leading cause of trauma-related death in children in our Trauma Centers,” said Michael Nance, M.D. FACS, FAAP, Director of the Pediatric Trauma Program, investigator with the Center for Injury Prevention at Children’s Hospital of Philadelphia and lead author of the research letter. “Our findings highlight the sheer extent of the problem and show how closely mass shootings are tied to our communities, and especially to the places where children learn and play.”

The researchers defined mass shootings as events involving four or more people injured or killed by a firearm in a single setting, using data from the 2019 Gun Violence Archive. They calculated the walking distance from the incidents and located the nearest school and other places of interest, such as athletic fields, playgrounds, parks, recreation centers and zoos.

During 2019, there were 418 mass shootings in 40 states; children were involved in 121 of those events. Out of all mass shootings that occurred last year, approximately one in ten took place either in a school or a place where children gather. Even if the children were not injured in these incidents, being exposed to gun violence at early ages makes them more likely experience anger, anxiety and depression.

“As we struggle to identify solutions to this epidemic, we must also consider the collateral damage mass shootings contribute to children’s overall well-being as most practice lock down drills in school in preparation for an incident, others witness events in their communities and this can all lead to long-term post-traumatic stress for children,” added Nance.