Stefano Rivella, PhD Studies Problem of Too Much Iron Absorption, Leading Cause of Death in Beta-Thalassemia 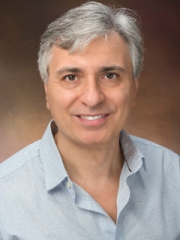 Stefano Rivella, PhD Stefano Rivella, PhD, an expert in creating the next-generation lentiviral vectors for the cure of hemoglobinopathies including sickle cell disease (SCD), as well as a leader in the discovery of erythroid and iron disorders including beta-thalassemia, has led three new published studies that make significant contributions to the scientific body of literature regarding red blood cells, and how manipulating the production of red cells can lead to the development of new disease-modifying therapies.

The publications, showing important novel proof of concepts, are listed below.

In beta-thalassemia (ß-thalassemia), progressive iron overload is the most salient, and ultimately fatal complication of this disorder.

In his first paper, entitled ‘Minihepcidins improve ineffective erythropoiesis and splenomegaly in a new mouse model of adult beta-thalassemia major’ published in the journal Haematologica (October 2019), Rivella and team, including first author Dr. Carla Casu also from CHOP) investigated Minihepcidins, hepcidin agonists that have been previously shown to reverse iron overload and improve erythropoiesis in mice affected by non-transfusion dependent thalassemia. By generating a new murine model of transfusion-dependent mice, researchers were able to show, for the first time, Minihepcidins may improve red blood cell quality, lifespan and, ineffective erythropoiesis and have therapeutic potential for transfusion dependent thalassemia patients as well. Read the abstract.

In the second paper ‘Lobe specificity of iron binding to transferrin modulates murine erythropoiesis and iron homeostasis,’ published in BLOOD (October 2019) Rivella and team generated transgenic mice to study transferrin function. Transferrin is the major plasma iron-binding molecule that interacts with cell-surface receptors to deliver iron, and binds and releases iron via either or both of 2 homologous lobes (N and C). Rivella tested the hypothesis that the specificity of iron occupancy in the N vs C lobe influences transferrin function, and the results in homozygous mice further support a role for relative N vs C lobe iron occupancy in transferrin-mediated regulation of iron homeostasis and erythropoiesis. This work was done in collaboration with Dr. Yelena Ginzburg at Mount Sinai in New York City and Dr. Robert Fleming at Saint Louis University (SLU). Read the abstract.

In a third paper published in BLOOD, ‘Lack of Gdf11 does not improve anemia or prevent the activity of RAP-536 in a mouse model of β-thalassemia’ (August 2019) Rivella and team (with first author Dr. Amaliris Guerra, also from CHOP) found that the mechanism of action of the recently approved drug Luspatercept is not as clear as it was originally suggested. Luspatercept improves erythropoiesis, increases Hb levels, and reduces red blood cell (RBC) transfusion requirements in patients affected by β-thalassemia. However, since its mechanism of action is not as it has been previously described, the race to discover the mechanism of erythropoiesis correction by Luspatercept is still on. Read the abstract.

Read more on Dr. Rivella and his work here.

Read more on the research being conducted in the Rivella lab here.