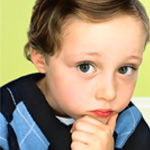 Many parents are concerned about the artificial ingredients and colors that are used in foods, and do their best to keep sodas and processed foods out of their children's diets. Recently, there has been growing concern about one specific caramel coloring that may contain a chemical called 4-methylimidazole, or 4-MEI.

Caramel coloring is added to many soft drinks and to some foods to change their color to brown, and is one of the most-used food colorings in the world. But according to a 2007 government study, 4-MEI was found to cause cancer in mice, and 4-MEI was classified as a possible human carcinogen by the World Health Organization in 2011. While there is no federally regulated limitation on the amount of 4-MEI in foods, California has a law stating that manufacturers must put a warning label on any product that exposes people to more than 29 micrograms of 4-MEI per day. It’s also important to note that there are no studies listing the impacts of small amounts of 4-MEI over time.

A Consumer Reports study found that certain Pepsi® drinks and the soft drink Malta Goya® contain large amounts of 4-MEI. And while not all sodas have excessive levels of 4-MEI, sodas and sugary drinks should not be part of your child's diet because of the amount of caffeine, sugar and artificial ingredients they contain.