Pediatric researchers have identified a gene mutation that causes a serious lymphatic condition, and used that knowledge to restore normal lymphatic vessels in model animals. The laboratory findings may lead to a new therapy for patients with this type of abnormal lymphatic circulation.

Lymph, which circulates throughout the body, has a crucial role in immune function as well as fat and protein transport. Abnormal lymphatic flow, which often goes undiagnosed, may cause respiratory distress, fluid accumulation in the chest or abdomen, or swelling of the limbs or tissues. 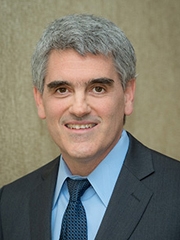 Yoav Dori, MD, PhD. The scientists studied a young adult patient with a lifelong history of lymphatic disease, including pleural effusions—fluid buildup in the membrane surrounding his lungs, resulting in breathing problems. Clinicians eventually diagnosed him with central conducting lymphatic anomaly (CCLA), a complex condition in which abnormal lymphatic vessels interfere with proper drainage. Other family members had similar problems, so the study team performed whole-exome sequencing of the patient, his parents and three other family members, and detected a causative mutation in the gene EPHB4.

Hakonarson and colleagues then used antisense technology to model the EPHB4 mutation in zebrafish, and observed misbranching and deformities in the animals’ lymphatic vessels, which mimicked the abnormal anatomy in the CCLA patients.

Based on knowledge of two cell signaling pathways known to regulate lymphatic development, the study team then showed that both rapamycin, an mTOR inhibitor, and two PIK3 kinase inhibitors independently restored normal vessel architecture in the zebrafish models.

“The fact that these signal inhibitors reversed disorganized lymphatic anatomy in animal models was a dramatic result, which we hope will translate into treatment for children and adults with CCLA,” said Hakonarson. Dori added, “Further research will establish whether such drugs will produce similar results in patients, but this represents a potential new treatment for complex lymphatic disorders.”

Funding for this study came from donations from an anonymous family supporting lymphatic anomaly research, from the Adele and Daniel Kubert family and from Aevi Genomic Medicine, Inc. (“Aevi”). Hakonarson is a scientific advisor to Aevi and owns shares in the company. CHOP as an institution has invested in Aevi, holds equity in the company and has a seat on its Board of Directors. Hakonarson’s and CHOP’s participation in research related to Aevi is reviewed and approved by CHOP’s Conflict of Interest Committee, which includes an independent member external to CHOP.