Published on Dec 29, 2017 in Community Impact Report , A Child's Sight 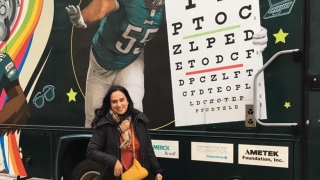 CHOP optometrist Ayesha Malik, OD, performed eye exams in the van during one school visit. (Photos courtesy of the Philadelphia Eagles) In a perfect world, every child who needs to see a pediatric eye specialist would be identified as a preschooler to have any problem treated early.

In our imperfect world, there’s the Eagles Eye Mobile and the Division of Ophthalmology at Children’s Hospital of Philadelphia, which collaborate to ensure Philadelphia school children have their vision checked and problems corrected before they become untreatable.

“If a child can’t see the board or can’t see the words on a page, learning is going to become impossible, and the child can fall behind quickly,” says Gil Binenbaum, MD, MSCE, a CHOP ophthalmologist who sees children as part of the Eagles Eye program. “That’s why this program is vital to these students.”

Since its launch in 1996, the Eagles Eye Mobile has brought comprehensive vision care to underinsured and uninsured children in Philadelphia by visiting schools, performing free screening eye exams on more than 81,000 children and delivering 56,000 free pairs of glasses. If the optometrist diagnoses a more serious eye condition, the student is referred to CHOP or another pediatric ophthalmology service in the area.

“We treat these visits like any other; the kids receive a full exam,” Binenbaum says. “But unlike a typical clinic day, when fortunately many of the children have healthy eyes, with the Eagles Eye referrals, every child has a significant issue we need to address, due to the excellent screening by the optometrist.”

Left eye on the mend 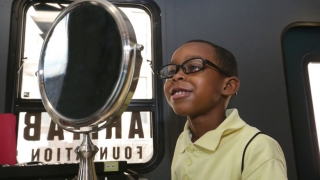 Inside the Eagles Eye van, a child chooses glasses following an exam. (Photos courtesy of the Philadelphia Eagles) That was the situation with Zakhi Bailey, 10, a fourth-grader at Andrew Hamilton School in West Philadelphia. When his exam in the Eagles Eye Mobile van showed very poor vision in his left eye, the school nurse alerted his mother, Lamisha, and arranged for Zakhi to come to CHOP. A bus transported Zakhi and Lamisha (along with other referred children and their parents) from the school to the Hospital, where Binenbaum examined him and diagnosed amblyopia, better known as lazy eye.

However, as Binenbaum explains, it’s not really the eye that is “lazy.” Instead, the part of the brain responsible for processing vision from Zakhi’s left eye is underdeveloped because of severe farsightedness in that eye.

The first step was for Zakhi to wear glasses to sharpen the blurred image from his left eye. Glasses also protect his normal right eye from injury, which is critical because it’s unclear how much his vision will improve, given his relatively late start with treatment. At a follow-up visit, Salvatore Bellante, CO, a certified orthoptist, demonstrated how to place an eye patch on Zakhi’s right eye. Bellante instructed Lamisha to make sure Zakhi wears the patch at least three hours a day to start and explained that patching could get the underdeveloped “left eye” part of his brain to catch up its visual development.

“It takes determination, persistence and discipline to make it work,” says Binenbaum. “He won’t want to wear it, especially at the beginning, because he can’t see as well with his left eye. But it’s critical for his future vision that his family helps him comply with the treatment or his vision could stay poor permanently.”

Lamisha Bailey is on board. “I had the same problem as he has, but I didn’t get help so it didn’t get fixed,” she says. “He has to strengthen his left eye, and do it now, while he’s still young.”

And she’s grateful for the Eagles Eye program and CHOP. “I think it’s a great program,” she says. “A lot of kids don’t have access to an eye doctor and for us, it’s a big help.” 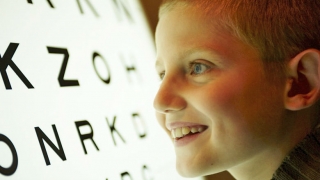 A breakthrough therapy has its genesis in more than 10 years of research conducted at Children's Hospital of Philadelphia. 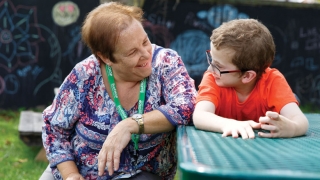 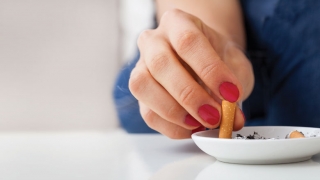 CHOP programs identify smokers in patient homes and offer to help them quit.