The exceptional mentorship that Jay Levy, MD, received during his pediatric rotation at Children’s Hospital of Philadelphia (CHOP) in the late 1980s and early 1990s helped launch his accomplished career in pediatric urology and as medical director at Aeroflow Healthcare. As a urology resident at the Hospital of the University of Pennsylvania (HUP), Dr. Levy forged close relationships with two CHOP physicians who were pioneers in this field of medicine: John Duckett, MD (then-Chief of the Division of Urology), and Howard Snyder, MD. 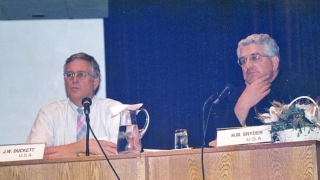 Drs. Duckett and Snyder present at a 1992 conference in Istanbul “I wouldn’t be where I am today without the support of John and Howard,” Levy says. “They believed in me and trained me, and I know they gave me money from their own pockets to afford me opportunities that I would have been unable to otherwise reach.”

Dr. Snyder passed away in 2020. So, when Dr. Levy learned the Division of Urology was accepting donations in his memory, he worked with the CHOP Foundation to make a six-figure gift to establish an education and training fund named for his two mentors — and he rallied former peers and residents to support the fund.

“My time at The Hospital of the University of Pennsylvania (HUP) was unlike any other experience I’ve had in my life, mostly due to their mentorship,” Levy explains. “I’m now at a time in my life where I can give back, and I plan to do so.” 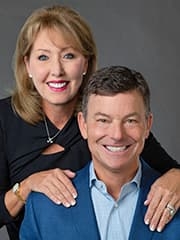 Drs. Jay and Kathy Levy This year, Levy and his wife, Kathryn, also an MD, seized the opportunity to further invest in the world-class education, training and mentorship that formed the bedrock of his success. In consultation with the CHOP Foundation and Chief of Urology Douglas Canning, MD, the Levy family established the Drs. Jay and Kathryn Levy Endowed Chair in Pediatric Urologic Education.

As one of the most meaningful and enduring forms of giving, endowed chairs established by donors such as the Levy family help CHOP attract and retain the best and brightest physician-scientists dedicated to training the next generation of leaders. 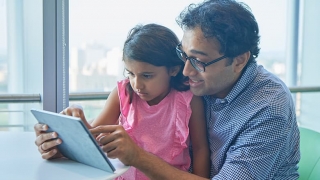 As India faced a critical oxygen shortage, teams at Children’s Hospital of Philadelphia and the University of Pennsylvania stepped up to help.

Fellows Corner: How Do Grants Impact Your Work?