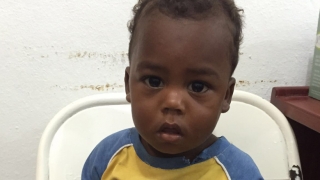 Starlin’s world is much different compared to most children who are cared for at a Children’s Hospital of Philadelphia (CHOP) Primary Care practice. This 2-year-old boy lives in a barrio (neighborhood) in Consuelo, Dominican Republic, where access to the health services that most take for granted in the United States is historically limited.

But from the time he was born, Starlin and his family and neighbors have benefited from free community-based preventive care and top-notch primary care provided by the CHOP Global Health Center’s program, Niños Primeros en Salud (NPS), which means “Kids First in Health.”

CHOP’s NPS program serves children who live in six of Consuelo’s most impoverished barrios, offering comprehensive primary and preventive pediatric care to children under the age of 5, and community health education to more than 400 families. The program is also dedicated to providing education, training and research opportunities for both the community and the next generation of pediatric providers. Each year, a group of 10 community health promoters, women who live and work in their own communities as advocates for health, as well as 36 Dominican pediatric residents training for their career, benefit from partnership with the NPS program.

Through the consistent work of the NPS physician, nurse and health promoter team, parents learn about the power of preventive care — the importance of bringing their children in to the clinic for regular “well-child” check-ups, and not just seeking help when their children are showing symptoms of being sick.

Through this emphasis on preventive care, CHOP and NPS are making a difference in the barrios of Consuelo. Ramona Cordero, NPS Pediatric Nurse, looks back proudly on the progress that has been made since the program was founded in 2009. “Families were not as aware of prevention as they are now. Prior to the program, they only thought about taking their child to the doctor to get medications, but now they know that preventive medicine through well-child visits can be more important than curative medicine,” says Cordero.

A routine test with abnormal results

And this is exactly what Starlin’s mother, Naime, experienced. Starlin’s first few checkups, at 2 and 4 months, were mostly normal: a stuffy nose here, a cough there, but overall he was healthy and growing.

But when routine blood tests were ordered at his 8-month check-up, pediatrician and NPS team member Ingrid Japa, MD, saw that his hemoglobin was low. Soon after, Starlin was diagnosed with microcytic anemia likely due to iron deficiency. “We always perform routine labs for our patients at prescribed intervals, to be able to identify and diagnose cases of anemia, since many are asymptomatic but can have serious long-term consequences,” says Dr. Japa.

Naime was shocked by the news. “At first when I heard he had anemia, I was really worried,” she says. “I thought, how can he have anemia when he eats a lot and I take good care of him? Then, the doctor explained to me that sometimes even if a kid is eating a lot, he may not be eating the right things.”

Iron deficiency anemia is a problem throughout the world, but particularly in low-resource settings like Consuelo. Lack of widespread availability and understanding of proper nutrition, combined with the prevalence of infectious diseases and parasites that make it harder to absorb nutrients, make anemia common in communities like Starlin’s. The effects of anemia can be drastic for children if left untreated, impacting physical and cognitive development, and increasing the risk of other health ailments.

Fortunately, under the watchful eye of the NPS team, Starlin’s anemia would not progress to this point. Dr. Japa prescribed an iron supplement and the family learned the foods Starlin should eat that were rich in iron. Starlin and Naime started a schedule of monthly follow-up appointments to make sure his anemia was improving, and received regular in-home visits from NPS staff and routine vaccinations to keep Starlin as healthy as possible.

“I felt better when they gave me a supplement for him,” says Naime. “They [also] told me I should give him more liver and meat.” It turns out that Starlin really enjoyed the new additions to his diet, and his mom gave him the medication with juice to make it taste better.

Through the persistence of the doctors, nurse, and community health promoters who make up the NPS team, Starlin achieved a normal hemoglobin level during the years that are most critical to his development. “There are always some barriers with treatment of any condition, and anemia is no exception,” says Maria Dunn, DO, CHOP’s David N. Pincus Global Health Fellow (funded by the Pincus Family Foundation) working in the Dominican Republic. “We work hard to educate families about the importance of follow-up for their child’s anemia, and we also mobilize our health promoter team to help support families in their barrios.”

Health promoters visit each NPS family in their district at least once per month, and will visit a home more regularly whenever there is a specific health concern. The promoters teach their neighbors about key health topics like nutrition, breastfeeding, anemia, hand washing and many other best practices to keep their families well. This community outreach work is a foundational one for the NPS program. Cordero says that because of the partnership with CHOP, “We have made a link between the community and the health sector.”

Naime has seen the impact that this program has had on her son and is proud that Starlin is healthy and meeting milestones. “When I came back to clinic and they told me his anemia was better, I felt really happy," she says.

Today, Starlin is eating a healthy diet complete with iron-rich foods, is growing and developing normally, and is running around the barrio getting into the same mischief any toddler would. The NPS team will continue to follow up with him every two to three months, until he is 5 years old and graduates from the program.

Children like Starlin would not get the care that they need without the support of philanthropy. To support the work of NPS, please give to the Global Health Program at Children’s Hospital of Philadelphia.