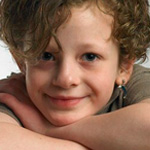 Intolerance, allergy or autoimmune disease? When it comes to wheat and gluten – the protein found in wheat – there are many ways the body can react. Some children have celiac disease, where gluten attacks the small intestine, causing severe damage and multiple symptoms, including poor growth, irritability and several gastrointestinal issues. With a gluten intolerance, children have similar symptoms, but the protein doesn't damage the small intestine.

Symptoms of a wheat allergy

When children with a wheat allergy eat foods with wheat, the body thinks the wheat proteins are harmful invaders. The immune system overreacts and tries to fight these proteins, releasing chemicals like histamine, which can cause the following symptoms:

If your child experiences any of these symptoms after eating wheat, call your pediatrician and arrange to have your child tested by a pediatric allergist. Children with a severe wheat allergy are in danger of a life-threatening reaction called anaphylaxis. Anaphylaxis from wheat happens up to two hours after eating the allergen, and often involves the whole body. Your child's face and throat may swell, causing difficulty breathing. If your child has a severe allergy to wheat, his doctor will want him to carry an epinephrine auto-injector (EpiPen®) with him at all times to stop the reaction from becoming life-threatening.

If your child is old enough, she can give herself her own injection, but for younger children, make sure all of her caregivers and teachers know about her allergy and keep an EpiPen on hand in case of an emergency.