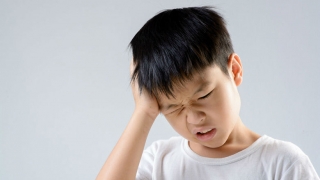 There are a few reasons for this recent interest in going gluten-free: About 1 percent of the United States population has celiac disease. When these people eat foods with gluten, it triggers an autoimmune response that damages the small intestine and can lead to long-term problems, like lymphoma and other autoimmune diseases like thyroid dysfunction, osteoporosis or osteopenia. But as much as 6 percent of the population may have a non-celiac gluten sensitivity (NCGS). These people tend to “feel better” when they avoid gluten, even though they test negative for celiac disease.

Wondering if your child could be sensitive to gluten or benefit from a gluten-free diet? We asked Ritu Verma, MBChB, a pediatric gastroenterologist, Lustgarten Endowed Chair for Clinical Care of GI Motility Disorders, and director of CHOP’s Center for Celiac Disease, for help in recognizing the signs of a gluten sensitivity. She also offers advice for what you should do if you think your child has a gluten sensitivity.

Compared to people with celiac disease, people with NCGS have more symptoms that are not gastrointestinal in nature. The symptoms may also appear hours to days after consuming gluten. Here are some of the symptoms of gluten sensitivity:

Think your child may have a gluten sensitivity? Before you begin cutting gluten from your child’s diet, Dr. Verma suggests meeting with a gastroenterologist for celiac disease testing. “Just be sure your child doesn’t scale back on her gluten intake before getting her celiac panel test,” says Dr. Verma, as doing so could create a negative result even in children with the disease.

After you’ve met with a specialist and ruled out celiac disease and other disorders, the best way to determine whether your child has a gluten sensitivity is to eliminate foods with gluten from your child’s diet and see if her symptoms improve. Doctors will usually confirm that gluten is the culprit when adding back in some gluten foods causes symptoms to return.

What should you do if your child is diagnosed with a gluten sensitivity? “It’s important to meet with a dietician to help you through this process and to help your family figure out a healthy, gluten-free diet for your child. There are now a lot of processed gluten foods out there that have lots of sugar and fat in them that aren’t healthy for other reasons,” says Dr. Verma.

A dietician can help your family create a more natural gluten-free diet. A good rule of thumb, she adds, is to shop around the perimeter of the grocery store: fruits, veggies and meat.

Want expert advice and information from CHOP delivered to your inbox? Sign up to receive our newsletters.