A new study from the Center for Injury Research and Prevention (CIRP) at Children’s Hospital of Philadelphia (CHOP) found that teen drivers and drivers 65 years and older – two age groups at a higher risk of being involved in an automobile accident – are more likely to be driving vehicles that are less safe, putting them at even higher risk of injury. The findings underscore the need for these groups to prioritize driving the safest vehicle they can afford. The findings were published today in the journal Traffic Injury Prevention.

Both younger and older drivers face unique challenges in reducing their crash risk. Newly licensed drivers have the highest crash risk of any age group, and older drivers have the highest crash fatality rate of any age group, with many of these crashes related to physical changes in health. Additionally, drivers of all age groups living in lower-income neighborhoods are disproportionately represented in fatal crashes, and younger and older residents in those neighborhoods are more likely to face financial challenges in securing a vehicle with key safety characteristics than their peers in wealthier neighborhoods.

One promising approach to reduce injuries related to crashes is to ensure drivers are behind the wheel of the safest vehicles they can afford. To better assess the risk presented to these vulnerable driver groups, this study adds important empirical data describing the extent to which they are driving vehicles with fewer critical safety characteristics. 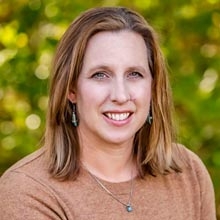 “Survey studies had previously found that younger drivers were more likely to drive vehicles that were older, smaller and lacked certain safety features, but there had yet to be a population-based study that really explored this question for different ages and income levels,” says Kristi Metzger, PhD, MPH, a statistical scientist at CIRP and first author of the study. “To that end, we conducted the first large-scale study to estimate the prevalence of important vehicle safety criteria among a statewide driver population.”

The researchers analyzed data from the NJ Safety and Health Outcomes data warehouse, which includes all crash and licensing data for the state of New Jersey from 2010 to 2017. They then used National Highway Traffic Safety Administration’s Product Information Catalog and Vehicle Listing platform to decode the VIN of each crash-involved vehicle to obtain model year, presence of electronic stability control (ESC), vehicle type, engine horsepower, and presence of front, side, and curtain airbags. ESC is a key safety feature that helps a driver maintain vehicle control on curves and slippery roads and reduces crash fatality risk on a level comparable to seat belts.

“All drivers should strive to be in the safest vehicle they can afford, regardless of age or income level,” says Dr. Metzger. “There are many vehicles available with key safety features that won’t break the bank, some for less than $7,000.”

This work was supported by the Eunice Kennedy Shriver National Institute of Child Health and Human Development Award Numbers R21HD092850 and R21HD098276.