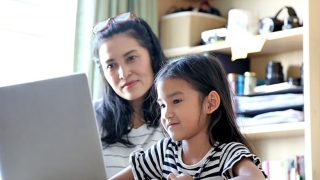 The numbers are extraordinary: In the first week of its COVID-19 response, Children’s Hospital of Philadelphia conducted more video visits than in the previous three years combined. Their frequency increased exponentially, from fewer than 10 to more than 1,500 a day, covering everything from the routine to the highly complex.

In the face of shelter-in-place orders, video visits are the perfect vehicle to allow families to remain safe in their homes while receiving needed care. How was the incredible increase accomplished?

“Everyone rose to the occasion,” says Kate Fuller, the leader of CHOP’s telehealth initiative. “I can’t say enough about how our providers and families figured this out and were off and running.” Multiple team members, including language interpreters, were included. Behavioral health providers set up support groups. CHOP’s program dedicated to child protection, with help from the legal and technology teams, worked closely with the City of Philadelphia to make telehealth accessible to all foster children, who are often extremely vulnerable and in need of high levels of ongoing care. “Everyone was doing more than I could have ever imagined,” says Fuller with admiration.

Video visits eased the anxiety of Kristen, whose son Jaxson, now 3, began having seizures shortly after he was born. “It was terrifying,” says Kristen. “It broke my heart.” Twice a year, Kristen and Jaxson travel several hours to CHOP to be seen by a team that includes one of the lead researchers on Jaxson’s rare form of genetic epilepsy. When COVID-19 arrived, Jaxson’s appointment was converted to a video visit, allowing the family to avoid potential exposure and the stress of travel. CHOP’s expert team has managed Jaxson’s symptoms, greatly improving his life, says Kristen.

Donors have been crucial to this transformation. Prior to the pandemic, CHOP had begun a school telehealth pilot program with funding from the United Way of Greater Philadelphia and Southern New Jersey and other unrestricted gifts. Once COVID-19 arrived, the Philadelphia 76ers got in the game. The organization and its managing partners, Josh Harris and David Blitzer, made a six-figure donation to CHOP, helping to give more children access to telehealth.

With additional long-term donor investment, CHOP will expand and optimize this technology even further and bridge the digital divide due to economic disparity. “CHOP’s efforts in protecting public health have been heroic,” says Harris. “As partners, we are proud to support them.”