A History of Breakthroughs: Cardiac Care at Children’s Hospital of Philadelphia

Founded in 1855 as the nation’s first pediatric hospital, Children’s Hospital of Philadelphia (CHOP) has a long and rich history of breakthroughs in cardiac care and cardiothoracic surgery.

CHOP’s cardiology division was established in the 1920s to care for children with rheumatic fever, and in the 1940s, Rachel Ash, MD, became Director of Cardiology. Sidney Friedman, MD, succeeded Dr. Ash as director in 1954; he held the role for the next 30 years.

CHOP began to offer surgery for congenital heart disease under the leadership of Julian Johnson, MD, a cardiac surgeon from the Hospital of the University of Pennsylvania (HUP). In the 1960s, at the request of Surgeon-in-Chief C. Everett Koop, MD, John A. Waldhausen, MD, developed the first dedicated pediatric heart surgery program at CHOP.

At the same time, William Rashkind, MD, director of CHOP’s Cardiovascular Laboratory, was exploring nonsurgical options for treating heart defects. In 1965, he developed the balloon catheter, which made it possible for babies with transposition of the great arteries to survive until they were strong enough to undergo heart surgery. His breakthrough earned worldwide acclaim, and CHOP provided the device to doctors in Czechoslovakia, Hungary, Poland and other countries.

William Rashkind, MD In 1980, Dr. Rashkind collaborated with Charles Cuaso, MD, and experts at the Franklin Institute to develop a “patch” catheter that was used to open narrow heart valves. Dr. Rashkind, who is widely considered “the father of interventional cardiology,” also created the first vascular occluder device and was one of the founders of the World Congress of Pediatric Cardiology & Cardiac Surgery, which held its first meeting in New York City in 1985.

Marie Gleason, MD, FAAP, FAAC, who worked with Dr. Rashkind in the 1980s and is now Associate Chief and Director of Outpatient and Community Cardiology for the Division of Cardiology, remembers how small the division was in those early days. “You can’t underestimate how different things are now,” she says. “When I was here as a fellow, we were all in one hallway.” The echo, cath and exercise labs were around the corner from the attendings’ offices, and the fellows’ room also served as the team’s lunchroom. “We would all come in to have lunch together,” she says, “attendings and secretaries and everyone else.” 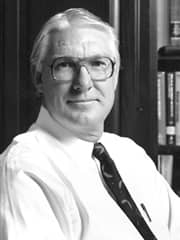 William Norwood, MD The 1980s were a time of tremendous growth for cardiac care at CHOP. In 1984, William Norwood, MD, a pioneer in the treatment of hypoplastic left heart syndrome (HLHS) – the first surgery in the three-stage procedure used to repair the defect is named for him – joined CHOP as Director of Cardiac Surgery. For the first time, CHOP had a dedicated pediatric cardiac surgery team, and under Dr. Norwood’s leadership, the hospital became the most active HLHS treatment center in the world.

John Murphy, MD, and Albert Chin, MD, also arrived at CHOP in the mid-1980s. Dr. Murphy did some of the first interventional cardiac catheterizations at CHOP, and Dr. Chin upgraded the entire echocardiography laboratory, introducing color Doppler and other advanced technologies. A few years later, Paul Weinberg, MD, FAAP, FACC, started the cardiac MRI program at CHOP; he and Mark Fogel, MD, FACC, FAHA, FAAP, would go on to make many important advances in the field of cardiac imaging. 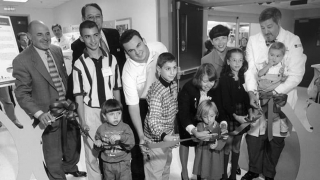 When Dr. Norwood arrived at CHOP, most cardiac patients were cared for in the Pediatric Intensive Care Acute Unit, alongside the hospital’s other high-acuity patients. To accommodate the growing number of cardiac surgery patients, a separate Cardiac Intensive Care Unit, staffed by nurses who were specially trained to meet these patients’ unique needs, was created in the early 1990s; it was one of the nation’s first such facilities for children. By 1994, when Dr. Norwood left CHOP, the hospital was performing almost 800 heart procedures each year. 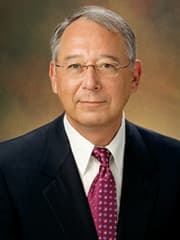 Thomas Spray, MD Thomas Spray, MD, a pioneer in pediatric heart and lung transplantation, joined CHOP as Chief of Cardiac Surgery in 1994. The first heart transplant at CHOP had been performed in 1990, and Dr. Spray expanded the thoracic organ transplantation program, performing the hospital’s first lung transplant in 1994 and its first heart-lung transplant a year later. In 1996, William Greeley, MD, MBA, created the Division of Cardiac Anesthesia, bringing together a team of pediatric anesthesiologists, including James Steven, MD, SM, and Susan Nicolson, MD, to focus exclusively on caring for cardiac patients. Around the same time, the hospital created the role of Director of Cardiac Nursing to further integrate all aspects of cardiac care at CHOP.

The Cardiac Center: “A Hospital within a Hospital” 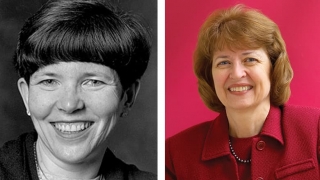 Susan Nicolson, MD and Victoria L. Vetter, MD In 1997, Dr. Nicolson, Dr. Spray and Victoria Vetter, MD, FAAP, FACC, created the Cardiac Center to streamline cardiac services at the hospital. This “hospital within a hospital” brings teams from cardiology, cardiothoracic surgery, cardiac anesthesiology and cardiac nursing together to enhance patient care and create a vision for the future of cardiac care at CHOP. Says Dr. Nicolson: “The idea was to create an integrated clinical care model for patients with congenital heart disease so they could be cared for in a fashion that would be most conducive to getting them what they needed with the fewest visits to the Hospital.”

Throughout the 2000s, the Cardiac Center continued to expand its offerings, with a focus on providing the most comprehensive care from before birth through adulthood. The Fetal Heart Program was created in 2001 to provide advanced diagnostics and expert care for heart conditions before birth, and in 2004, CHOP and Penn established a program to care for adults with congenital heart disease. In 2006, the hospital opened the Cardiac Preparation and Recovery Unit, the first unit of its kind in the country. “It created a new kind of nursing here,” says Lynn Boyle, MSN, RN, CCRN, who has worked in cardiac nursing at CHOP since 1992. “CPRU nurses are trained to admit, recover and discharge patients – it’s very different from the ICU.”

In 2008, CHOP opened the Cardiac Operative and Imaging Complex (COIC). More than 10 years in the making, the COIC is located on the sixth floor of the Hospital, near the cardiac inpatient and recovery units and the Garbose Family Special Delivery Unit, a birthing facility for mothers carrying babies with prenatally diagnosed birth defects. The COIC includes two ORs exclusively for cardiac patients and two suites that were among the first of their kind in pediatrics: a hybrid suite (cath lab/OR) and an XMR suite (cath lab/MRI).

Collaborating to Provide the Best Care

As part of the Cardiac Center’s ongoing efforts to provide the best care for patients and families, the team works with other disciplines to coordinate services for patients with congenital heart disease. For example, any time a cardiac patient has a procedure at CHOP – including noncardiac procedures such as dental and orthopaedic surgery – the Cardiac Center team cares for them before and after the procedure, and a cardiac anesthesiologist handles their anesthesia needs. And if cardiac patients need multiple procedures that require anesthesia, the Cardiac Center’s anesthesiologists work with the child’s other care teams to coordinate timing so that, when possible, all of the procedures can be done under the same anesthetic.

In addition to building relationships with other specialists across the hospital, staff at the center collaborate closely with their cardiac colleagues to ensure that every patient receives the very best care. “This is more than just a nicety, particularly in high-risk areas like cardiac,” says Dr. Steven. “You really have to develop a trust of one another and anticipate problems might arise so you can help avoid them and manage through them.”

The cardiac nursing staff has played an important role in finding new ways to care for patients, working side by side with doctors and surgeons to move the field of pediatric cardiac care forward.

Today, there are more than 300 cardiac nurses at CHOP, including cath lab nurses, OR nurses, intensive care nurses, clinical nurse specialists, and more than 20 nurse practitioners.

Thanks to advances made at CHOP and elsewhere, most children with congenital heart disease now survive well into adulthood – and clinicians and researchers are finding new ways to help them thrive. In 2011, the Single Ventricle Survivorship Program was established to address the challenges patients with single ventricle heart defects face and develop innovative solutions to improve survivors’ quality of life. The Jill and Mark Fishman Center for Lymphatic Disorders, a first-of-its-kind program created in 2014, has developed innovative techniques to treat lymphatic leaks and flow disorders, including complications of Fontan surgery such as plastic bronchitis and protein-losing enteropathy. Also in 2014, CHOP established the Fetal Neuroprotection and Neuroplasticity Program to better understand the link between congenital anomalies and brain development in utero.

Education is a major focus at the Cardiac Center, which trains more than 30 residents and fellows and offers several continuing medical education events every year. The center also hosts a biweekly staff conference where clinicians discuss patient care issues and share updates on the latest advances in cardiac medicine and surgery. In 2017, the Cardiac Center’s Annual Update on Pediatric and Congenital Cardiovascular Disease, a conference that is attended by more than 800 cardiac experts from around the world, celebrated its 20th anniversary.

Today, CHOP’s Cardiac Center is one of the highest-volume pediatric cardiac centers in North America, and its team – one of the largest of its kind in the world – continues to find innovative ways to meet patients’ needs. The team’s most recent breakthroughs include the first successful in utero resection of an intrapericardial teratoma and the creation of the Division of Cardiac Critical Care Medicine, which provides specialized care for children immediately after heart surgery and during periods of cardiac crisis. 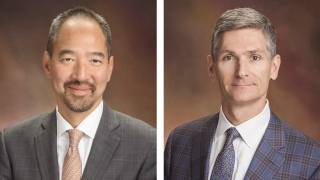 Jonathan Chen, MD, and Joseph Rossano, MD And there is so much more on the horizon. Under the leadership of Cardiac Center co-directors Jonathan Chen, MD, Chief of Cardiothoracic Surgery, and Joseph Rossano, MD, Chief of Cardiology, experts at the center are developing new catheterization procedures and transcatheter valve technologies, finding innovative ways to use ventricular assist devices, leading research on how cardiac patients’ genotypes affect their outcomes, exploring the use of maternal hyperoxygenation to support the growth and development of the fetal heart, and much more. Together, they are making breakthroughs that are transforming children’s lives.

A message from Jonathan Chen, MD, and Joseph Rossano, MD

"On behalf of the more than 800 experts who comprise our group, as co-executive directors of the Cardiac Center at CHOP, we welcome you. The Cardiac Center represents a premier, comprehensive home for cardiac care, performing nearly 1,000 cardiac surgeries and 1,400 cardiac catheterization procedures annually and is one of the largest and most comprehensive congenital/pediatric cardiac centers in the United States. Our faculty include more than 60 cardiologists, 15 cardiac intensive care physicians, 10 cardiac anesthesiologists and 4 congenital cardiac surgeons.  We see more than 38,000 ambulatory visits per year at our main hospital site and across 11 satellite locations; our patients come from all over the country and the world, and many begin their care at the Center for Fetal Diagnostics at CHOP.  We treat the full spectrum of patients with cardiac disease—from the most common to the rarest and most complex, from fetus to adult.

The Cardiac Center has a proud tradition of ground-breaking care, under the past leadership of leaders such as Rashkind, Norwood and Spray.  Our patient outcomes are among the best in the world, and our research activity is unparalleled internationally.  We are changing the field by leading initiatives in lymphatics, single ventricle care, advanced valve therapies and heart failure/transplant, and developing innovative technology to address problems across the continuum of cardiac care.

Our ultimate vision for the Cardiac Center is to transform cardiac care as we know it, and to help solve the unanswered questions in our field.  We invite you to navigate the website and find out more about us; we know you’ll be impressed by what you see."