A rash that appeared as a few tiny purple spots on Sloane’s arms and legs signaled to her parents, Lyndsay and Jon, that something might be wrong, even though the little girl was not showing signs of being sick in any way. Sloane’s pediatrician identified the spots as petechiae and told Lyndsay and Jon to call if they noticed it spreading. “Later that evening, we noticed one more tiny purple dot by her eye,” says Lyndsay. 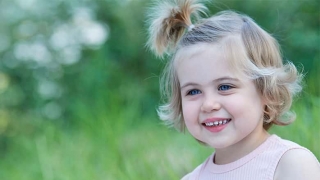 The next morning, the pediatrician said to take Sloane to Children’s Hospital of Philadelphia’s (CHOP) Emergency Department. “It was there that we got the shocking diagnosis that Sloane had leukemia,” says Lyndsay. Sloane was immediately admitted to the oncology floor where she spent a lot of time during November and December 2019 — and began making friends with everyone.

Faced with this overwhelming diagnosis, Lyndsay and Jon did research and chose to stay with CHOP. “We learned CHOP is consistently rated one of the best pediatric oncology units in the world,” says Jon. “The highest level of care is available to us right in our backyard — it’s literally 0.9 miles door to door. We were and are fortunate to have one of the best hospitals in the entire country so close, and it meant a lot to us to be as least disruptive with Sloane’s routine and life as a kid as possible.”

Sloane underwent chemotherapy of varying intensity and frequency, both in clinic via her port and at home administered by her parents. “At CHOP, you can tell that everyone she interacts with all genuinely care about our family,” says Lyndsay. The 3-year-old has made so many friends, she looks forward to going to clinic and is sad when it’s time to leave.

Throughout it all, Sloane’s outgoing personality has shone through. “She likes to be the leader, whether of her friends in the playground, her dog, Woodley — or her parents,” Jon says with a laugh. 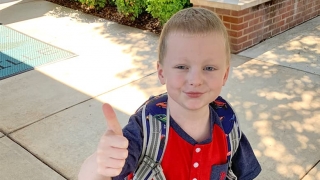