When Matt and Jennifer Matthies' son, Matthew, was around 3 months old, he was diagnosed with aortic and pulmonary stenosis. Here, Matthew's parents tell the story of his bypass surgery at CHOP.

Our son Matthew was born on Thanksgiving Day 2004. The next day we were told he had a slight heart murmur that was most likely innocent and not a concern.

After two pediatrician visits and a murmur that “supposedly” went away and came back, his pediatrician decided we should take Matthew to a cardiologist for further evaluation. 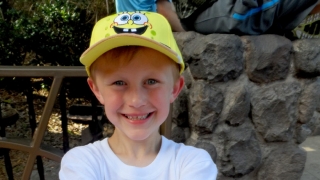 In early February, we visited a well-known cardiologist in central New Jersey. On that day our whole world came crashing down.

After Matthew was examined, we were told that he was a very sick baby and we must get him to The Children’s Hospital of Philadelphia (CHOP) that same day.

Needless to say, we were in shock and kept asking, “What does Matthew have?” and all the doctor could say was: “He is a very sick little boy.”

The diagnosis — aortic and pulmonary stenosis

Children with aortic stenosis have an aortic valve that is too narrow, blocking the blood flow out of the heart, requiring it to work harder than normal.

With that we ran home, gathered some things and immediately took Matthew to CHOP. When we arrived at the hospital, Matthew was given a follow-up echo, an EKG and some blood tests and they decided to keep him over the weekend. A cardiac catheterization was scheduled to determine the extent of the problem.

After his catheterization, we were given the very grim news that Matthew had serious aortic stenosis and pulmonary stenosis, and that he would require heart bypass surgery right away to correct the problem.

It was a shock to us because when Matthew was born he showed no signs of having a heart condition. He was eating, growing and seemed very healthy.

On Feb. 9, Matthew had bypass surgery to treat his aortic stenosis. It was ruled a success based on what the doctors saw before and after surgery, and they were able to do more for him than originally thought. Matthew is a fighter and he healed so well that he was released from the Cardiac Intensive Care Unit four days later.

At 14 months, while still growing and doing well, Matthew had a balloon dilation of his right pulmonary arteries. The goal of this was to open up the arteries to relieve some excess pressure in his heart. Again, Mathew did very well and was released the next day.

Six months later, he had his left pulmonary arteries dilated. Matthew was home the next day and showed no signs of any issues. He was running and jumping and, according to his doctors, had the vocabulary of a 2½-year-old.

Learn about pulmonary stenosis, a condition that causes the heart to work harder to pump enough blood to the body, including how it is treated.

When Matthew was 26 months old, he was admitted to CHOP to check and possibly dilate both sides of his pulmonary arteries. Prior to that, a lung perfusion test was performed and it was determined it would be best not to dilate at that time. His lung capacity had improved, but the pulmonary branches were still narrow.

We were told that since he was not in any immediate danger he could return to CHOP in one year rather than in six-month intervals. The doctors at CHOP are hoping that as he continues to grow his pulmonary branches will begin to grow with him.

When Matthew turned 3, Matthew Gillespie, MD, a cardiologist at CHOP, performed extensive dilation of the right and left pulmonary branches. It was determined beforehand that the left side of Matthew’s lungs was slightly better this time around. The right side, which had the most issues, was no better, but no worse. Matthew did great during the procedure and was discharged the next day.

Since then, we have visited CHOP twice, once when Matthew was 4 and again when he turned 7. During the first visit, Dr. Gillespie determined that the best course of action would be to not perform any dilation.

The previous catheterizations were moderately successful, but any further dilation could in fact do more harm than good. This was great news because the visits to CHOP were getting harder and harder each time — now that Matthew is older and more aware, he has become a little more afraid of the tests.

During the second visit, Dr. Gillespie explained that Matthew’s heart function was extremely good, and we saw a video of the arteries in question and they seemed to be better. The pressures were still higher than they should be, but it was not affecting the heart in any adverse way. We were told we should continue to have Matthew monitored by his cardiologist near our home and return to CHOP in four to five years for a follow-up catheterization.

We have visited CHOP more than 11 times now and during each visit, everyone was kind, friendly and willing to help us in any way possible. The importance of this during such nerve-racking and anxious times is immeasurable.

“We are incredibly lucky to have been referred to such a terrific hospital, as we know our son is receiving the best care possible every time.”

By Matt and Jennifer Matthies, November 2012 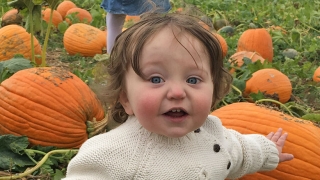