At one point in her life, Emily suffered 90 seizures a day. State-of-the-art brain surgery at Children’s Hospital of Philadelphia has been life changing for her and her family.

Born in China, Emily was adopted by her parents, Nancy and David, when she was 22 months old. They knew going into the adoption that Emily had a medical condition — a hole in her heart — but when Nancy and David first met her, they also noticed something else: Emily’s eyes would roll up into her head and her head would dip periodically, like she was having a seizure. They decided the best plan was to take Emily to a doctor once they returned home. 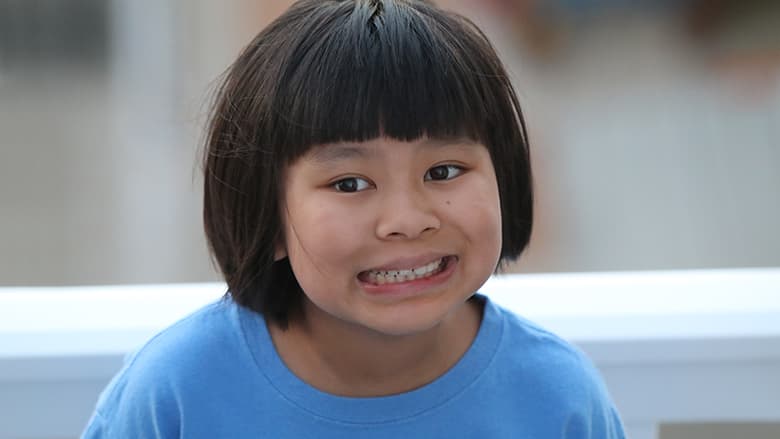 Philanthropic gifts are vital to making breakthrough stories like this one a reality for sick children.

Nancy and David brought Emily to a hospital near their home along the New Jersey shore, where she underwent an electroencephalogram (EEG). The local physicians said they thought Emily was having seizures and prescribed her medication. Nancy wanted a more conclusive diagnosis from the best doctors she could find, so she called Children’s Hospital of Philadelphia (CHOP).

Emily was admitted to CHOP and underwent a full series of tests, including an MRI. The evaluation revealed she had suffered a stroke either before or right after she was born. The stroke had damaged the left side of her brain and resulted in epilepsy.

Epilepsy is the most common chronic neurological condition of childhood, affecting more than 500,000 children in the U.S. The Pediatric Epilepsy Program at CHOP specializes in the diagnosis, evaluation and treatment of children with epilepsy. In more than 50 percent of children with epilepsy, the condition is genetic. CHOP has a specialized Neurogenetics Program that strives to diagnose, treat and ultimately cure epilepsy through genetic testing and precision therapies.

Emily was initially prescribed anti-seizure medications, but when the medications failed to stop the seizures completely, other treatment options were considered. When Emily was 4 years old, she was placed on the ketogenic diet, an intensive dietary therapy for epilepsy where the predominant calorie source is fat, with limited carbohydrate and protein intake. The Ketogenic Diet Program at CHOP is one of the largest in the world, and includes a team of physicians, nurses, dietitians and others who support the successful use of this therapy in hundreds of children with epilepsy.

Emily was practically non-verbal before starting the diet. Within six weeks, her language and social skills blossomed. With support from CHOP’s Dietary Treatment Program team, Emily went from having 80 to 90 seizures a day to being practically seizure-free within a year. But over time meals became a struggle, and when Emily stopped the ketogenic diet, the seizures came back.

Seizures go from bad to worse

In the beginning, Emily’s seizures were short in duration and mild; her eyes would roll or her head would dip and her arms would go stiff at her sides.

Then, when she was 9 years old, Emily had a convulsive seizure. Her body, arms and legs straightened then shook violently.

“It was scary,” says her mom. “It lasted a couple of minutes and she was lethargic and couldn’t talk or stand afterward.”

Emily started having convulsive seizures twice a week. They would take everything out of her. Afterward, she’d be exhausted and angry at what she had experienced. She’d cry to her parents, “Why is this happening to me?”

Emily’s older sister, Olivia, also adopted from China, always looked out for Emily. She could sometimes even sense her sister was about to have a seizure. It was tough for Olivia to watch her little sister suffer and tough on the family as a whole. They stopped doing their normal activities and traveling, for fear a seizure would strike. The seizures were in control of their lives.

Emily’s primary doctor, CHOP pediatric neurologist Sudha Kessler, MD, MSCE, recommended evaluation for epilepsy surgery. In this procedure, neurosurgeons remove the section of the brain where the seizures are coming from. Eager to ease Emily’s suffering, Nancy and David were 100 percent behind the idea.

Epilepsy surgery to stop the seizures

The first step was seeing if surgery was an option. Emily underwent an advanced diagnostic procedure called stereoelectroencephalography (sEEG), or stereo-EEG, to precisely pinpoint the area of her brain producing the seizures and determine if it could be safely removed. The study determined that Emily was, indeed, a candidate for surgery. Neurosurgeon Benjamin Kennedy, MD, traced the origin of the seizures to two otherwise nonfunctioning parts of Emily’s brain.

Emily suffered her last seizure the morning before epilepsy surgery. Dr. Kennedy surgically removed the two sections of her brain, and she’s been seizure-free since.

“It changed everything,” says David. “It’s been wonderful. She’s a different person. Her quality of life is so much better.”

Emily (R) with her sister Olivia (L) Emily returns to CHOP every six months to check in with Dr. Kessler. She still takes a seizure medication to ensure the seizures stay at bay, and will likely need to for the rest of her life. She also has some learning disabilities that make reading, writing and math difficult. But she’s happier since surgery, says her mom. The whole family is.

“We all feel we can finally do the things we always liked to do,” says Nancy.

As Emily grows up, her care team in the Pediatric Epilepsy Program will be by her side looking out for her overall health and well-being. The team works with primary care physicians, teachers, therapists and any other specialists a child may need to manage long-term care.

“Everyone at CHOP was fantastic,” says David. “They didn’t guarantee us anything, but it ended up being perfect. We are very pleased that we did it [epilepsy surgery] for Emily and for us.”