Every child with dietary restrictions learns strategies for eating at restaurants or parties. Justyna, who was diagnosed with celiac disease at age 2, was ordering her own salad ingredients by the time she was 3. She brings gluten-free chicken nuggets and her own cupcake to parties. 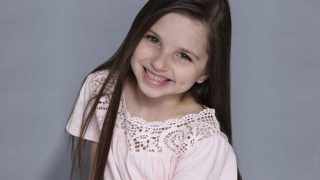 But unlike most children, Justyna also must incorporate her special diet into her professional career. Justyna, 8, is an actress and a model, who frequently travels to New York and Philadelphia for auditions and jobs.

“If she gets an audition that’s food related, I have to find out whether she is going to have to eat, and if she is, whether it’s safe for her,” says her mother, Michelle.

Justyna was a year old when she first got sick. She would spike high fevers at least once a month, and she vomited often and unpredictably. Her parents, Michelle and Wes, had her tested for food allergies and learned their daughter was allergic to eggs. But even with that food eliminated from her diet, Justyna’s symptoms continued.

She was constantly hungry as a toddler and ate a lot. Yet, she barely grew. Over time, Justyna refused certain foods altogether, including her favorite cereal bar. Her parents brought her to a gastroenterologist near their home in New Jersey.

The GI specialist suspected celiac disease, a condition in which the body's immune system reacts against the protein gluten, which is found in wheat, rye and barley. An endoscopy showed the villi in Justyna’s small intestine were damaged, which prevented her from effectively digesting and absorbing nutrients from food. Biopsy results two weeks later confirmed the diagnosis of celiac disease. 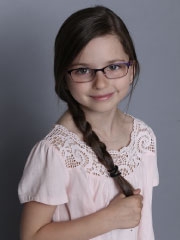 Michelle remembers being devastated. All sorts of questions popped into her head. What would she feed her daughter? How could she keep her safe from ingesting gluten accidentally? What would happen when Justyna went off to college and was faced with many food choices?

Michelle researched celiac disease online and found a support group at Children’s Hospital of Philadelphia (CHOP) Specialty Care & Surgery Center in Voorhees, NJ, just 20 minutes from their home. She remembers crying during that first meeting; she was so overwhelmed by her daughter’s diagnosis.

Leading the group was Patricia A. Bierly, MSN, CRNP, a nurse practitioner for the Center for Celiac Disease at CHOP, who answered many of Michelle's questions. Michelle also found comfort in the other families attending the sessions who were going through the same challenges with celiac disease. That knowledge helped Michelle feel less alone and encouraged her to learn more about her daughter's disease. She made an appointment for Justyna with the Center for Celiac Disease at CHOP, which provides specialized care and support for children like Justyna.

The whole family attended an education session with the center’s multidisciplinary team. They learned how to spot gluten in food labels, prepare gluten-free meals, and prevent cross-contamination, which occurs when the same food preparation tools and surfaces are used for foods with and without gluten.

It took six months of being gluten free before Michelle and Wes noticed a difference in their daughter’s health. Justyna was growing. Her hair, once short and wispy, was finally long enough to tuck into a tiny bun for her dance recital. Michelle remembers comparing Justyna’s dance recital photo to pictures from before the diagnosis.

“She looked so much healthier with little pudgy cheeks in that picture. Before the diagnosis, you see a sick kid in pictures.”

Living gluten free has always felt natural to Justyna, who was too young at the time of her diagnosis to remember anything different. She eats well enough to fuel a very active schedule. When she’s not acting, modeling or going to school, Justyna plays goalie for her soccer team and is on a cheer team.

When Justyna is working, both she and her mom keep a sharp eye out for anything containing gluten or eggs. For an upcoming television part in which Justyna’s character eats ice cream, Michelle made sure the production staff provided a gluten-free brand for the shoot. At the catering table on set, Justyna knows which foods to avoid. To be safe, Michelle carries a bag of snacks and gluten-free peanut butter and jelly.

Justyna even has her favorite gluten-free bakery and ice cream shop in New York, which she tries to visit whenever she and her mom are in the city.

When an eatery isn’t gluten free, Justyna knows what to look for. Recently, she politely steered the counter help at a fast-food restaurant from cross-contaminating her order.

“She told them that they had to change their gloves because they had been touching the tortilla shells,” her mother, Michelle remembers. “It does not phase her. To her, it’s normal. It’s what you do.” 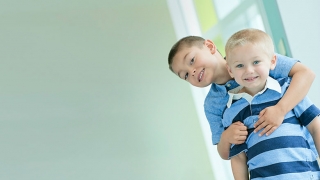 Learning one son — and then the other — had celiac disease was intimidating at first, but we received amazing support.