Mikayla, 16, is a competitive gymnast and coaches younger children. Diagnosed with celiac disease at the end of eighth grade, she has adapted to her new diet with the help of the Center for Celiac Disease. The stomach pains she had before are gone, and her appetite and energy are back.

Mikayla started having stomach problems in middle school. She would complain of stomach pain and had trouble finishing meals. At about the same time, she developed bad acne on her forehead. Her pediatrician tried treating her with antibiotics and with a lactose-free diet, but neither worked to resolve her symptoms.

At the end of eighth grade, a blood test showed high levels of inflammation. Her doctor suspected celiac disease, a condition that triggers an immune reaction when the body is exposed to even tiny amounts of the protein gluten, which is found in wheat, rye and barley. It is a serious condition which, over time, can damage the intestines and cause long-term health issues.

Mikayla’s doctor recommended that her parents, Jennifer and Marke, take her to the Center for Celiac Disease at Children’s Hospital of Philadelphia (CHOP). They made an appointment with pediatric gastroenterologist Ritu Verma, MBChB, Director of the center.

“I was scared going in,” Mikayla remembers.

“But Dr. Verma explained everything very clearly. She calmed me down.”

Dr. Verma looked at the lab reports and reviewed Mikayla’s history. Because celiac disease can be very difficult to diagnose, clinical experts use a variety of tools to diagnose the condition. Dr. Verma suggested additional blood tests.

Treatment for celiac disease involves a major change in diet, which can be a challenge for children and families. Dr. Verma didn’t want to prescribe this until she was certain of the diagnosis, so she instructed Mikayla to continue eating foods as usual. If foods with wheat, rye or barley triggered an immune response, it would actually help in detecting the cause of Mikayla’s stomach problems and confirming a diagnosis.

The new blood tests matched the first results, so the next step in affirming a diagnosis was an endoscopy. While she was waiting for her test, Mikayla went off to a two-week gymnastics camp, where she ate macaroni and cheese, pasta, cake, and her other favorite foods. She enjoyed the taste of these foods, but within minutes she would feel the effects — the familiar pain in her stomach.

After camp, Mikayla returned to CHOP for the endoscopy at the Kohl’s GI Nutrition and Diagnostic Center, which offers state-of-the-art endoscopic and nutrition services for infants, children and teens.

Two days later, Dr. Verma called to confirm the diagnosis: Mikayla did have celiac disease. Now, it was time for a significant change in her diet. Celiac disease is an auto-immune disorder, not a food allergy. Even the smallest amounts of gluten can trigger the same immune response and inflammation as a full portion. Continued exposure to gluten not only causes discomfort, it can damage the intestine.

Mikayla and her parents came to CHOP for an education session with the center’s multidisciplinary team. In addition to seeing physicians, patients and their families are connected with a support team that includes dietitians, behavioral health professionals, nurses, social workers and child life specialists.

The family was coached on how to read food labels to determine if a food has gluten and how to prepare appetizing and nutritious gluten-free meals. They also learned how to avoid cross-contamination of food, which occurs when the same food preparation tools and surfaces are used for foods with and without gluten.

The CHOP team also shared insight into where the family could find gluten-free foods that other patients enjoy, including supermarket options, specialty bakers and restaurants that observe the strict food preparation methods required to prevent cross-contamination.

“We started looking at all ingredients,” says Jennifer.

The family attended a gluten fair at their local supermarket, which offered samples of different gluten-free foods. They figured out which restaurants were safe for Mikayla when they ate out as a family or when she was out with friends.

Transitioning to a gluten-free diet 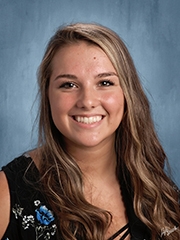 Mikayla resisted gluten-free pasta and baked goods at first, which cut out most of her favorite foods. For months, she ate mostly chicken and a packaged cereal made with rice. Gradually, she added other foods, such as steak, potatoes and Caesar salad without croutons. Eventually, she found gluten-free bread that she liked and a tasty gluten-free macaroni and cheese.

Once she had settled into the new diet, Mikayla’s stomach pains went away. Her acne — another symptom of celiac disease — cleared up, too.

Mikayla initially found it challenging to adhere to her diet when she was out with friends or at school. But eventually, her friends came to understand how carefully she needed to manage her condition and helped her avoid any slips.

A gymnast and coach

Now 16, Mikayla is on her high school gymnastics team and participates in club gymnastics, where she not only competes, but coaches younger children. To add variety to her sports regimen, she joined the school bowling team this year. She would like to work with special needs kids when she gets older, and currently volunteers in the pediatric center at her local hospital.

“Dr. Verma was a lifesaver for me,” says Mikayla.

“She and the team at CHOP helped me through the transition. They recommended foods I might like and places we could go out to eat.”

“Dr. Verma is amazing,” Jennifer agrees. “She’s very knowledgeable, but down-to-earth, too. She made us feel it was going to be OK. She knows what teenagers like, so her food recommendations helped Mikayla a lot.” 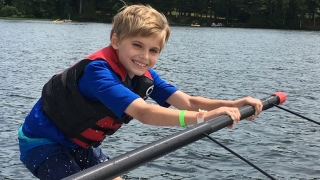 After being diagnosed with celiac disease, Shane discusses his condition openly with friends.