Daniel was an athletic 10-year-old when he was diagnosed with a rare lymphatic disorder that caused painful swelling and respiratory distress. When his condition deteriorated despite multiple surgeries and interventions, researchers at Children’s Hospital of Philadelphia (CHOP) isolated the genetic root of his disease and were able to target therapy to correct the boy’s abnormal lymphatic system. 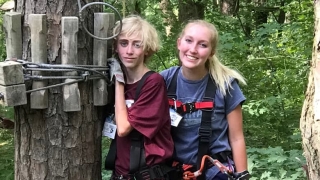 Now almost 15, Daniel is still on the mend, but he’s able to play basketball with friends again and help younger kids build their skills at soccer camp.

“We’re really, really grateful for the care we’ve gotten for him and the support,” says his mother, Anna. “That was a lot of effort and a lot of fighting for Daniel.”

As an elementary student, Daniel was a natural athlete. He played competitive soccer and at 9 ½ years old, ran his first 5K race in 25 minutes without any training.

But Daniel's life changed dramatically in the spring of 2015 when he first noticed swelling in his groin. When neither his pediatrician nor a dermatologist found an explanation for the swelling, Anna and her husband, Patrick, worried their son had an autoimmune disorder and scheduled an appointment with a rheumatologist near their home in Virginia Beach, VA.

The night before the appointment, Daniel came inside after playing tag with his friends. He was tired, his heart was racing, and he was upset: for the first time, he couldn’t catch even the slowest kids in the group, he told his mother. The next day, the rheumatologist used a stethoscope to listen to Daniel's heart. When he couldn't hear a heartbeat, he sent Daniel for a chest X-ray to find out why.

That's when doctors first discovered the problem: There was so much fluid around Daniel’s heart, it blocked the sound of his heartbeat.

Daniel was admitted to a local hospital where doctors discovered lymphatic fluid was leaking into his pericardium, the outer layer of the heart. Cardiologists inserted a pericardial drain to drain the fluid, but the area kept filling back up, causing swelling throughout his body.

They referred the family to Yoav Dori, MD, PhD, a cardiologist and Director of the Jill and Mark Fishman Center for Lymphatic Disorders at CHOP, to collaborate on Daniel's care. The center is known worldwide for its expertise in diagnosing and treating lymphatic system disorders. The team uses an innovative procedure to image and close lymphatic leaks.

Diagnosis and early treatment at CHOP

Daniel was transferred to CHOP, and after an examination, Dr. Dori diagnosed Daniel with a rare central conducting lymphatic anomaly in which the lymphatic vessels enlarge and multiply, causing fluid to accumulate in the body. The lymphatic system has a crucial role in immune function and moves fat and protein through the body. Normally, it absorbs and returns fluid from tissues back to the venous circulation. In Daniel, the fluid spread throughout his body, into his heart, lungs, liver and legs.

Dr. Dori performed a minimally invasive procedure to stop the leaks of lymph fluid into Daniel’s heart. But Daniel’s case proved to be very complex. Over time, more leaks occurred. Dr. Dori and his team performed various interventions and surgeries to stabilize his condition.

"Daniel's lymphatic system was like a sprinkler," his mom says. "Dr. Dori would fix one leak and another would appear."

At times, Daniel was well enough to return home to Virginia with a feeding tube and supplemental oxygen at night. But his condition continued to worsen. Lymphatic fluid accumulated in Daniel’s legs and abdomen. He had trouble walking and wasn’t well enough to attend school. Over the course of two years, he made multiple trips back to CHOP.

“It was horrible," Anna says. Daniel's condition became so severe that, "at the worst, I had to get him measured for a wheelchair.”

Daniel’s medical team was running out of options. Dr. Dori teamed up with Pediatric Pulmonologist Hakon Hakonarson, MD, PhD, Director of the Center for Applied Genomics at CHOP.

The genomics team sequenced Daniel’s DNA and discovered he shared a genetic mutation with a young adult at another hospital who also had a severe lymphatic condition. To confirm the gene mutation was causing Daniel's condition, researchers inserted the gene mutation into the embryos of zebrafish, which are frequently used to model genetic diseases. The fish developed similar abnormal lymphatic channels.

“The zebrafish came down with the same condition as Daniel,” Anna says.

Having learned the gene’s function, researchers were able to target it with a drug called a MEK inhibitor. The drug is used to treat melanoma, a form of skin cancer, and acts on the cell signaling pathways that regulate lymphatic development. The drug “rescued” the structural defect in the zebrafish, causing them to develop normal lymphatic vessels.

“They saved the fish,” Anna says.

The team at CHOP worked quickly to secure approval to treat Daniel with the MEK inhibitor. Daniel started taking the drug in March 2017. Within three months, he was able to cut back on supplemental oxygen. Two months later, an MRI showed that his lymphatic vessels were remodeling themselves — and showed no signs of leaks. 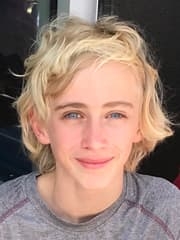 In October 2017, Daniel and his family took a much-needed break — a Caribbean cruise courtesy of the Make-a-Wish Foundation. “When we got home from the cruise, Daniel's legs were looking better,” Anna remembers. The swelling had gone down, and Daniel no longer needed a feeding tube. In the spring of 2018, Daniel finally started to grow again.

The family knew they had turned a corner last fall when Daniel was well enough to return to school full time. He completed 8th grade, and in September will begin his freshman year of high school.

Recently, Daniel's doctors cleared him to participate in physical education, and a personal trainer is helping him rebuild his strength and endurance. Daniel is slowly making his way back to the activities he once loved. He’s back outside with his neighborhood friends, shooting hoops, swimming in the pool, and volunteering at soccer camp.

“He might want to try some new sports in the future, but for now he's happy being out on the field helping the younger kids,” Anna says. “We’re really proud of Daniel. He’s been so resilient through all of this.”

CHOP continues to collaborate with Daniel's care team in Virginia, including his cardiologist, Elliot Tucker, MD and his team of colleagues, as well as Daniel's primary care physician, Douglas Mitchell, MD.

Daniel's family is grateful to the full team. Anna says: "They collaborated and persevered to make sure Daniel could be saved — just like the fish." 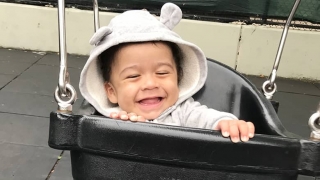 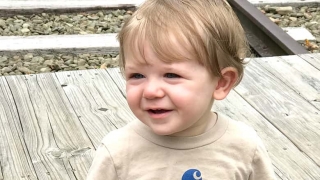 Diagnosed with a lymphatic leak before he was born, Austin is thriving today thanks to expert care at CHOP. 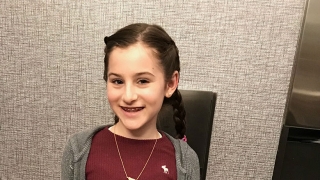