There’s no single experience with Children's Hospital of Philadelphia (CHOP) that made John DeMaio, MD, want to make the hospital a priority in his estate planning. Instead, CHOP has weaved in and out of John’s life, profoundly affecting it. CHOP helped him find his calling. It served as a professional training ground. And it became the focus of his thoughts while he was recovering from a life-threatening illness. 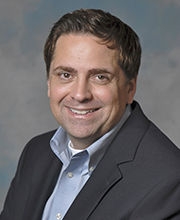 When he was in the midst of his undergraduate education at the University of Pennsylvania and considering a career in medicine, John volunteered at CHOP. “We did practical tasks and also entertained the kids,” he says. In the process, he became certain he wanted to care for children: “My connection to the role of pediatrician was catalyzed.”

After receiving his doctor of medicine degree from the University of Pennsylvania, John completed both his residency in Pediatrics and fellowship in Neonatal-Perinatal Medicine at CHOP. “I loved how a neonatologist cares for the whole patient,” he says.

“Something I appreciated in my training was that these were children first and patients second,” he recalls. “In those middle-of-the-night moments when I found some uncommon quiet time while on call, I would often roam the halls and take time to play with kids who also couldn’t sleep. I learned a great deal about sick children by doing this, and it was also therapy for me — ballast for my life as a resident.”

An offer from Lankenau Hospital to be Division Chief, and ultimately Medical Director, in their neonatal program drew him away. But 10 years later he was back in the CHOP neonatal network at Pennsylvania Hospital, serving as an attending neonatologist.

“I was totally in love with my clinical world,” he says with obvious emotion. One of his proudest moments was winning a humanitarian award during his final year of residency at CHOP. But he was also drawn to another path, and pursued an MBA from the Wharton School. He endeavored on the creative pursuit of marketing and business development within the healthcare field.

Then a life-threatening illness struck. During a long period of debilitation, “I had time to reflect, because there wasn’t much else I could do,” he says with a shrug. The young patients at CHOP filled his thoughts, as well as what he describes as the “incredibly important unsung heroes” of the hospital: the staff of the Child Life, Education and Creative Arts Therapy Department. Child life specialists distract kids from their illnesses and help them cope emotionally. Their work is crucial to healing, and during his illness, John gained an even deeper understanding of its value: “I wanted to play, and I couldn’t.”

After recuperating, John made the decision to make CHOP a priority in his estate planning — in particular, the Child Life department. He hopes to inspire other CHOP alumni to make similar gestures of appreciation. He’s now back at his work as a consultant, and he presents his choice to make a planned gift to CHOP matter-of-factly: “It was obvious to me what I wanted to do.”

Consider making a contribution today through an online donation. You can also support the breakthroughs that happen here every day by adding a gift to CHOP in your will, trust or as a beneficiary designation. Learn about planned giving.