Miles is an active 9-year-old who loves sports, especially baseball and archery. He has no memory of his treatment at Children’s Hospital of Philadelphia (CHOP) when he was a baby. But his parents, Shana and Matthew, will be forever grateful for the skilled care and attention he received there. 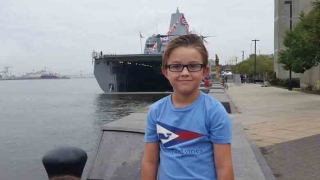 Miles’ problems were first discovered before he was born, as part of routine ultrasound in the 26th week of Shana’s pregnancy.

“They didn’t say anything right away,” remembers Matthew, “so we knew something was wrong. We had to wait to see a doctor, who told us that the baby had serious problems with his kidneys and bladder and wasn’t likely to survive.”

The doctors at the local hospital near their home in Allentown, Pa., diagnosed the problem as a combination of multicystic dysplastic kidney and lower urinary tract obstruction (LUTO) (sometimes referred to as keyhole bladder). They recommended terminating the pregnancy.

Shana and Matthew were stunned. But they weren’t willing to make such an important decision without more information, so they turned to CHOP for a second opinion. After extensive research they learned more of CHOP’s reputation, including that the Hospital specialized in treating kidney issues in children.

A second opinion and a new diagnosis

A week later, experts from the  Richard D. Wood Jr. Center for Fetal Diagnosis and Treatment and Division of Urology performed a detailed evaluation to get a complete picture of Miles’ condition.

“We were blown away,” says Matthew. “We arrived at 8:15, and the whole day had been planned out with different appointments and tests – fetal ultrasounds, genetic counseling. It went like clockwork. As soon as we were done with one appointment, someone was there to escort us to the next one.”

The final appointment was a conference with all of the specialists who had been involved during the day. There, the team explained that the initial diagnosis in Allentown had been wrong. Miles actually had duplex kidney, a condition in which the kidney drains to the bladder with two ureters instead of one.

The team reassured Shana and Matthew that the problem wasn’t life threatening. In many cases, duplex kidneys don’t even require treatment unless they are associated with another problem. They recommended another fetal ultrasound at CHOP closer to the due date to look for any complications and determine if treatment would be needed.

A few weeks later, Shana and Matthew returned for the recommended follow-up tests. The ultrasound showed bilateral duplex kidneys (double ureters for each of the two kidneys) and, more importantly, evidence of vesicoureteral reflux (VUR).

Thankfully, the danger could be minimized with regular doses of antibiotics after birth. Surgery would follow later, when the urinary system was more fully developed, to correct both problems.

Miles was born a healthy baby with no outward signs of his kidney problem. He received antibiotics to reduce the risk of kidney infection and the condition of his kidneys and ureters was monitored with periodic ultrasound imaging at CHOP. When Miles was 14 months old, a voiding cystourethrogram (VCUG) was done to assess the extent of the reflux and prepare for surgery. 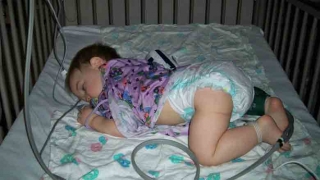 When he was about 1 ½ years old, Miles returned to Children’s Hospital for surgery. The surgery included reshaping the neck of the bladder, moving the ureters to empty into the bladder at the correct location, and correcting the valves where the ureters emptied into the bladder to ensure one-way flow. All of this was done through a small incision in Miles’ lower abdomen. The procedure took less than five hours, and two days later, Miles was home!

Over the course of the following year, Miles returned to CHOP for follow-up appointments to monitor his recovery and make sure the procedure had been successful. Once he was fully recovered, the preventive treatment with antibiotics ended and he was given a clean bill of health. 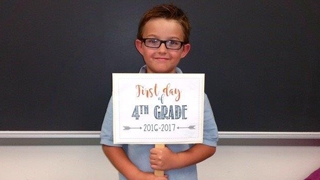 Since the surgery, Miles has led a healthy, active life. Now 9 years old, he enjoys being outdoors playing sports, and loves to go off-roading in his family’s Jeep.

“We have nothing but praise for everyone we dealt with at CHOP,” says Matthew. “We owe them everything. CHOP showed us how smoothly medical care can work, how much comfort can be given. Our experience was just fabulous.”