Spend time with Anthony and you’d never know this 5-year-old was anything but healthy. Even on the day his mom, Maria, realized something might be wrong, he seemed perfectly normal. 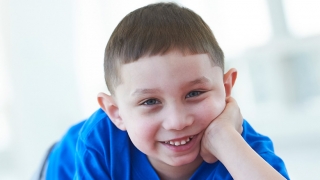 It was February 2015 and Anthony was lying down with his mom. She felt a little bump on his head that struck her as strange, so she and Anthony’s dad, Jose, took the little boy to the doctor. They ended up at The Children’s Hospital of Philadelphia, where an X-ray showed a tumor under his scalp. Further testing revealed that Anthony had a pediatric cancer called Ewing sarcoma. The mass was removed during surgery, but that was just the beginning.

Anthony had 14 rounds of chemotherapy, each one followed by an inpatient stay. For a high-energy kid, it was tough to be confined to the hospital, but Anthony took it like a champion. “He was always asking me, ‘How many more days until we can go home?’ So we would count the number of times the sun would go down before it was time to go,” says Maria. “That really helped him get through the days.”

He made the best of his time at CHOP by making new friends, including child life specialist Sarah Pajak. “He really didn’t like getting his port accessed at first, but Sarah would always come into the room with him to help him through it, and that made Anthony feel so much better,” says Maria. “Those two are really close.” When Anthony was feeling good, the pair would color and play video games together.

In December 2015, Anthony had his last round of chemotherapy and celebrated with a party in his hospital room. This fall brought another big milestone for Anthony: He started kindergarten, which was delayed for a year due to his treatment.

“This experience has made our family stronger and more unified,” says Maria. “You don’t realize what you can lose until something like this happens. And it makes you stronger as a person. I feel like, if you got through this, you can get through anything.” 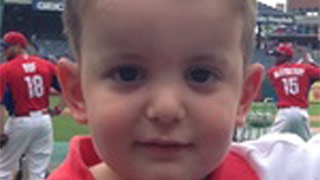 Ewing Sarcoma in the Brain

A CT scan showed a tumor in Jake’s brain, and he was sent to CHOP for surgery. Doctors diagnosed the mass as Ewing sarcoma. 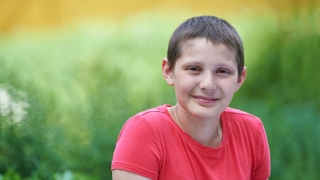 A Second Round with Cancer

A childhood cancer survivor, Catrina was diagnosed with a second cancer, osteosarcoma, during her freshman year in high school. 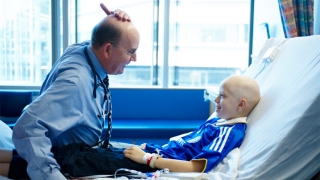 Malcolm was 11 when he started to feel pain in his hip. A few months later, he was diagnosed with Ewing sarcoma.