Beth Rivkind tells how CHOP's Feeding and Swallowing Center helped her son Jack learn to eat after a diagnosis of GE reflux and failure to thrive.

Jack was diagnosed at with severe gastroesophageal (GE) reflux when he was 4 months old. From the moment he was born, Jack displayed signs of distress when attempting to feed, which continued to worsen as he got older. While always on the low end of the growth charts, at 16 months, Jack was diagnosed as failure to thrive. He was eating very little solid food and his weight had plummeted. 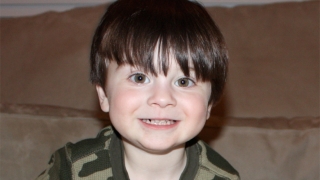 We were determined to do anything we could to get him back on track. Due to the effects of his severe reflux, both mentally and physically, he was unable to progress normally with feeding. After meeting with the team at CHOP's Pediatric Feeding and Swallowing Center and learning about what this incredible program had to offer Jack, we made the decision to admit him into the Day Hospital Feeding Program.

While the Day Hospital program was intensive, exhausting and frustrating at times, it was undoubtedly the best decision for Jack. Before the program, he was eating a very limited volume with inconsistent acceptance of food. He exhibited a variety of refusal behaviors including refusing to eat, blocking his mouth, spitting out food, crying, screaming and more.

But after one week, Jack had improved weight gain. By the end of the program, he was able to consume 17 varieties of foods throughout three meals a day in addition to 18 to 24 ounces of milk. Upon leaving the Day Hospital Program, Jack’s feeding team created a customized outpatient feeding program and he continued to do well.

Outpatient feeding was at times difficult and trying to maintain. However, we believe the time and intensive effort was invaluable to Jack’s progress and he continued to expand on his positive eating behaviors.

“Jack is now 2½ years old and eats as any “normal” toddler. While he still has good days and not so good days, we are extremely happy with his progress over the past year. Our team has been with us every step of the way and we are so thankful to them.” 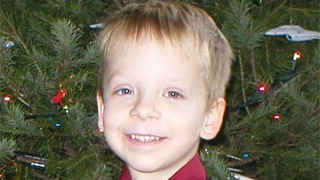 A sensory processing disorder made eating a challenge for Toby. The Day Hospital Feeding Program at CHOP taught him how to like new foods.