When Maille was born in 2006, she had a port wine birthmark running from the middle of her back and down her right leg. “There was a little confusion at first, since no one knew its source,” says Maille’s mother, Megan. Even though Maille wasn’t experiencing any problems, the cause of port wine stains — the abnormal development of tiny blood vessels — could indicate an underlying syndrome. The family was referred to a dermatologist. 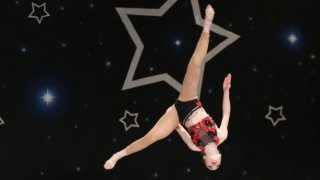 An MRI of Maille’s leg revealed extra blood vessels and an extra lymph node near her right hip. The family came to Children's Hospital of Philadelphia’s (CHOP) Vascular Anomalies Program, where Maille received expert care from CHOP physicians in the Division of Plastic, Reconstructive and Oral Surgery and Interventional Radiology. Program co-director David Low, MD, an attending plastic and reconstructive surgeon, diagnosed Maille with Klippel-Trenaunay syndrome, a condition that can affect the development of veins and cause overgrowth of bones and soft tissues such as skin and muscles.

For years, Maille was monitored at CHOP by a team that included Dr. Low, dermatologists, social workers and interventional radiologists. A few times, the birthmark was brought up. “At one visit, one dermatologist said they could try laser removal,” Megan remembers, “but given the location in an extremity, there was a concern it would just come back. We decided with Maille not to put her through that, and that the birthmark is part of who she is.”

As she got older, Maille developed a passion for dance. Most days of the week, she was in the studio practicing tap, ballet and other dance forms. In third grade, she began getting odd symptoms that showed up while she was dancing. “I started to notice a twitching in my leg,” she says. Eventually, a substantial varicose vein appeared, running the entire length of her leg. Swelling and pain followed. “When it hurt, I would have to sit out or put on a compression stocking,” she recalls.

“Before the surgery, I was definitely a little nervous,” says Maille. “But after I woke up, it felt like nothing happened.”

Megan was impressed with Dr. Srinivasan’s thoroughness during the eight-hour procedure. “He was so good, and he spent a lot of time and attention to detail,” she says. “It was longer than anticipated, but he wanted to do as much as he could do so she wouldn’t have problems in the future.” 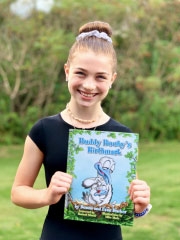 Today, Maille, now 13, continues to be active in dance, and after seeing a Cirque du Soleil show in Las Vegas, she’s added trapeze and aerial classes to her repertoire. She also serves as an ambassador for the Vascular Birthmarks Foundation. To promote an anti-bullying message, she has visited younger classrooms to read Buddy Booby's Birthmark, a children’s book created by a child with a facial port wine stain.

Recently, a vein in Maille’s foot became painful — the type of problem that will need monitoring as she grows. “We belong to a couple of support groups,” says Megan, “so we hear about potential complications as they get older: things like clot formations and swelling in the legs that becomes infected.”

Patients like Maille who might experience complications have the benefit of the Comprehensive Vascular Anomalies Program (CVAP) at CHOP, where patients have access to an expansive multidisciplinary team and options they might not have at other treatment centers. Patients with complex vascular anomalies have conditions of the veins, arteries and/or the lymphatic system that cause overgrowth, malformations and tumors (usually not cancerous). Depending on the severity of their condition, CVAP patients may see specialists from Dermatology, Genetics, Oncology, Neurology and more, and have access to services such as physical and occupational therapy.

Appreciative of the level of care she receives at CHOP, Maille raises funds to benefit patients who don’t have medical options nearby. She says:

“I’ve truly been fortunate to have access to such an amazing team of physicians.”