For the first seven months of Luke’s life, he appeared to be a healthy baby boy. Then, a series of seemingly unconnected ailments – repeated ear infections, frequent high fevers and head pressure that made him burst into tears when he coughed or sneezed – stalled his growth and development. His parents knew something was wrong and turned to Children’s Hospital of Philadelphia (CHOP) for help. 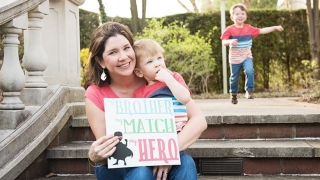 At CHOP, doctors ordered blood tests and quickly discovered one major problem: Luke had no B cells or antibodies in his blood — two of the protective organisms that fight infections in the body. Essentially, he had no immune system, making him especially vulnerable to any virus or bacteria. His mother’s immune system had supported him during his infancy.

The finding set off a months-long, collaborative investigation at CHOP, its Research Institute and the Romberg Lab, a specialized research group led by Neil D. Romberg, MD. Romberg’s team worked to uncover the root cause of Luke’s disorder, to figure out what treatment — if any — could improve his symptoms, and ultimately, to the discovery of a new, never-before-identified genetic mutation and the disease it caused. CHOP researchers named the disease PU.1 Mutated agammaglobulinemia (PU.MA). The research breakthrough was recently reported in the Journal of Experimental Medicine.

“It can be pretty scary for a family when they realize that their child has a problem, but no one can explain why,” says Dr. Romberg, an attending physician with CHOP’s Division of Allergy and Immunology, investigator at the CHOP Research Institute, and Jeffrey Modell Endowed Chair in Pediatric Immunology Research.

“In this case, science provided an explanation, thanks to numerous departments at CHOP. Understanding the cause of Luke’s condition absolutely helped us know what direction to take his therapy.”

The calm before the storm

As an infant, Luke met most of the typical developmental milestones for babies including smiling, babbling and reaching for items. But at about 7 months old, his growth and development faltered — seemingly overnight — and only got worse with time. Parents Michelle and Robert were concerned.

“I was taking him to urgent care about twice a week,” Michelle says. “Once he got sick, his body just couldn’t fight it like my older son could. We knew something was wrong – we just didn’t know what.”

When nasty ear infections and a persistent fever would not go away after repeated healthcare visits and more than five different antibiotic injections, Luke’s family turned to their CHOP pediatrician for help. Sharon M. Corcoran, MD, FAAP, ordered blood tests to get answers.

The results shocked everyone — Luke had no antibodies. Zero. Zip. Nada.

Dr. Corcoran explained that without antibodies in his blood, Luke’s body could not fight viruses, bacteria or infections on its own — even the common cold. The news explained why Luke needed antibiotics each time he’d gotten sick in recent months. Dr. Corcoran urged the family to go to CHOP’s Emergency Department right away for more extensive testing. 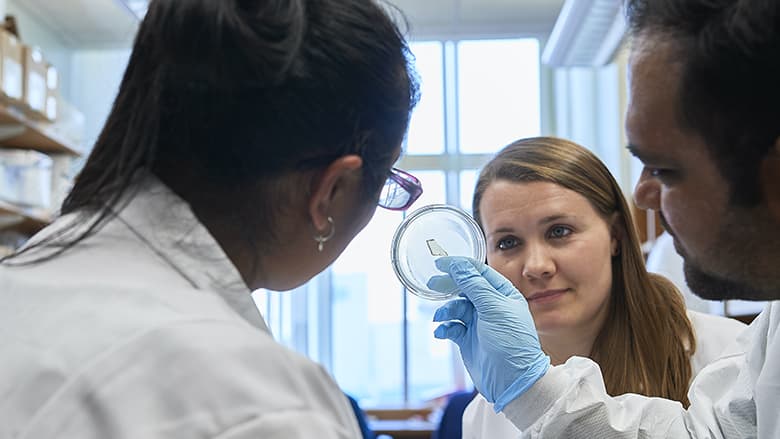 Donor-funded research finds answers — and cures — for kids like Luke with rare diseases. 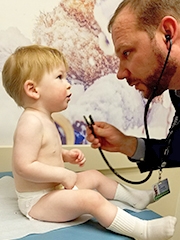 Once at CHOP, Luke and his family met with a team of specialists from Pediatrics, Allergy and Immunology, Genetics and others who examined Luke, reviewed his health records and ordered additional tests to better understand his condition.

“I was so impressed with how all of the specialists at CHOP worked together as a team,” says Michelle. “They knew something was wrong with Luke, and they kept digging and digging until they figured it out.”

At first, CHOP specialists suspected Luke may have X-linked agammaglobulinemia (XLA), a rare immunodeficiency syndrome seen in children born without B cells. But as clinicians and researchers continued investigating, they discovered Luke did not have a mutation of the Bruton’s Tyrosine Kinase (BTK) gene, a key finding in XLA.

After more tests, CHOP’s research team realized Luke’s condition was unlike any disease ever described before. Researchers used whole exome sequencing to scan Luke’s DNA, then compared it to 30 other patients across the globe who were born without B lymphocytes, the cells which produce antibodies.

Researchers identified six patients — including Luke — who had a mutation in a gene called SPI1, which encodes the PU.1 protein. PU.1 helps developing B lymphocytes in bone marrow to open up “doors” in their DNA. Without PU.1, those doors remain shut, and the B cells never form. The six patients, who ranged in age from 15 months to 37 years, each had different SPI1 mutations but shared insufficient levels of PU.1, absent B cells and, consequently, zero antibodies.

Determining treatment without a playbook

Because Luke’s condition was previously unknown, there was no playbook for his family or medical team to follow. After consulting with the research team however, the family decided to proceed with a bone marrow transplant in the hope the procedure would help Luke make his own B cells and antibodies.

Both of Luke’s parents and his older brother, Jack, were tested to see if they were a bone marrow match. Jack was a perfect match, but his parents still hesitated before committing to the procedure.

“Jack was only 3½ at the time and has high-functioning autism,” Michelle says. “I really labored over making the decision to have Jack donate his bone marrow to Luke. Also, the risks of transplant were extremely high. But we believed it would give Luke the best chance for a future.” 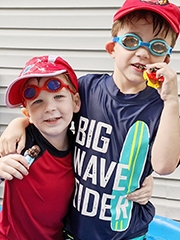 In the summer of 2018, Luke underwent a bone marrow transplant using his brother’s donated marrow cells. The boys’ recoveries were dramatically different.

“Jack was climbing on the couch the same day and riding his bike the next,” Michelle says. “Luke’s recovery took much longer because he needed to build an entirely new immune system from scratch.”

While it took time for Luke to recover, his symptoms of juvenile arthritis — which had plagued him for the past 18 months — completely disappeared. Slowly, he regained his energy, his muscle mass and his ability to move. With hard work and great therapists, his recovery progressed, allowing him to again meet developmental milestones and eager to strive for the next: sitting, standing, walking and finally running.

The transplant was successful at getting Luke’s body to produce his own B cells. But until those B cells mature and create protective antibodies by themselves, Luke will continue to receive donor antibody infusions every two weeks at home.

“We call them ninjas,” said Michelle describing the antibodies. “We tell him that he doesn’t make his own ninjas yet, so he needs these ninja infusions to fight the germs and keep him safe.”

Luke has made a dramatic recovery since his bone marrow transplant nearly 3 years ago. Before the transplant, he needed multiple medications for joint pain, braces to straighten his legs, and would lie on the floor exhausted after just 10 minutes of activity. The risk of serious infections prevented him from going to day care, enjoying typical family outings and attending holiday gatherings. 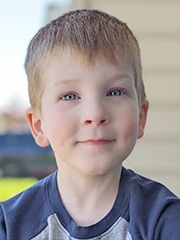 Today, Luke is a happy and energetic 4½-year-old who loves Transformers, trucks and riding his balance bike. He can often be found playing with his brother or leading Charlie, the family’s dog, on an adventure around their house or yard.

Luke has changed a lot in the past few years — going from sickly to full of life. His dad, Robert, describes Luke as funny, smart and outgoing; while his mom says Luke’s got a great imagination, a strong personality and loves to tell jokes — especially ones he makes up that may or may not be funny to anyone but him.

While Luke’s future is uncertain, Michelle and Robert are hopeful that he will be able to lead a full life — thanks to researchers at Children’s Hospital of Philadelphia and donor cells from his big brother.

“I want Luke to be able to do the things that other kids do, to have fun and not be held back by fear or restrictions,” Michelle says. “And I want him to always be close to his brother. They share the same DNA in their blood now. It’s a special bond they’ll always have.” 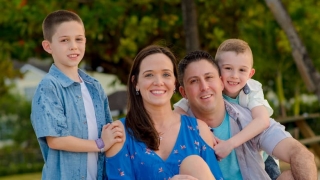 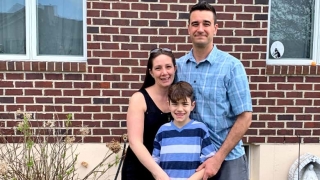 Learning to be Brave

Small clinic has mighty impact on life of boy with severe food allergies.