For the students and staff at Groveland Elementary School in Doylestown, Pa., participating in Children’s Hospital of Philadelphia’s annual Pajama Day fundraiser every year is not only a chance to be extra cozy at school, it’s also an opportunity to support a cause near and dear to their hearts.

Giving back to support the community has been integral to the culture of Groveland Elementary School since it was founded 20 years ago. One of the most popular charitable events the Doylestown, Pa., school holds every year — Pajama Day — really puts the fun in fundraising.

Pajama Day is an annual event that supports Children’s Hospital of Philadelphia (CHOP). Students and teachers simply make a small donation to support kids at CHOP, and they are then allowed to wear their most comfortable jammies to school on “Pajama Day.”

For many of the students and staff at Groveland, participating in the event is so much more than a chance to be extra cozy at school. It’s an opportunity to support a community organization near and dear to their hearts. The school has had its share of students who have been treated at CHOP for a variety of illnesses, including cancer. While most have recovered, some have met sad endings. Pajama Day is a chance to honor them and support kids currently battling illness.

Groveland’s School Nurse, Stacey Hickmott, began her nursing career at CHOP. She worked there from the time she graduated from nursing school in 1981 until 1999, when she left for Groveland.

“I loved my years at CHOP,” says Stacey, fondly. “I have such wonderful memories.”

Being on the 'other side' 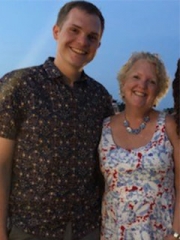 Her connection to CHOP deepened when her son was diagnosed with a brain tumor.

“It’s not easy being on the ‘other side’; going from being the nurse taking care of patients and their families to being the mother of a patient,” says Stacey.

From 2003 to 2008, Stacey’s family visited CHOP frequently for MRIs and doctor visits to monitor the stability of her son’s tumor. In 2012, the tumor began to grow. Stacey’s son had to undergo three years of chemotherapy to shrink the tumor. Then, in 2016, he needed surgery to remove a cyst from the tumor. Weekly trips to CHOP over the course of more than a decade fostered relationships with doctors and nurses that Stacey and her family will always cherish.

Despite the tumor and the rigors of treatment, Stacey’s son graduated from Drexel University, began working as a graphic designer, helped start the Adolescent and Young Adult group at CHOP, became a teacher at Drexel, and met the love of his life who he married in 2018. Stacey credits these achievements to the care and support her family received at CHOP.

“The parents at our school are so supportive of CHOP. We all feel so blessed to have CHOP and its satellites so close to us,” says Stacey. “What could be better than a Pajama Day to raise money for CHOP.”

Learn more about Pajama Day or sign up to have your school participate.