A delay in care due to concerns over COVID-19 exposure put Pihu at risk for serious complications from a burst appendix. Once at Children’s Hospital of Philadelphia, she and her family were comforted by the hospital’s safety precautions and their care team’s competence and compassion. 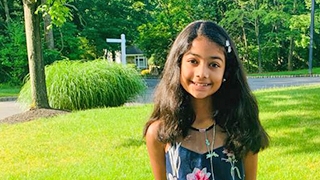 At the end of March, right around Pihu’s 12th birthday, she was overcome with stomach pain, vomiting and diarrhea. She had always been a healthy child, so her parents were concerned about the sudden onset and intensity of her symptoms. Their fears were heightened due to the COVID-19 pandemic that was gripping the world and peaking near their home in Princeton, N.J.

Pihu’s parents were initially worried their daughter might even have COVID-19, having read that children can display GI symptoms at the onset of the illness. The family had been diligently practicing physical distancing; they didn’t want to risk exposing themselves or anyone else to the illness by taking their daughter to the doctor — but they needed help.

Pihu’s father, Piyush, contacted the family’s primary care doctor. Together, they decided the best first step would be a telehealth visit. Based on that visit, the doctor felt Pihu’s symptoms were likely caused by a stomach bug. He said that with lots of fluids, she would feel like herself again soon.

The family increased Pihu’s fluid intake, but the abdominal pain persisted. They were still hesitant to take Pihu to the emergency room due to COVID, so continued with regular checkups with their pediatrician, three times via in-person visits. When a blood test taken at the end of fourth week of initial onset of symptoms showed Pihu had an elevated white blood cell count, which suggested a serious infection, the family rushed an hour south to Children’s Hospital of Philadelphia (CHOP).

Feeling at ease at CHOP

Once at CHOP, the family’s fears of exposure to COVID-19 melted away, as they saw the safety precautions in place throughout the hospital.

“At every stage, the CHOP team made us comfortable,” says Piyush. “It was very organized and structured at every step. The hospital was very clean, and we didn’t feel any potential risk. The way the nursing staff took care of Pihu and us as parents, it was fantastic.”

The CHOP team performed a battery of tests including X-rays, ultrasound and a magnetic resonance imaging (MRI) study. The imaging suggested that the root cause of Pihu’s symptoms was a ruptured appendix, leading to formation of a large abscess. Subsequently, a special type of MRI called magnetic resonance elastography (MRE) confirmed the diagnosis. Pihu first underwent an interventional radiology procedure to drain the abscess, and then a minimally invasive appendectomy to remove her appendix. She is now doing well.

Appendicitis can be difficult to diagnose, even in the most typical of cases. But Pihu’s symptoms weren’t the typical presentation of appendicitis; very few cases play out like hers. While many physicians may never see an atypical appendix case like hers in their entire career, CHOP physicians have seen many.

“Our kid suffered quite a bit,” says Piyush, lamenting the four weeks they went without a diagnosis and their delay in seeking care from specialists. “We are lucky that, with the good care at CHOP, she is in good health now. But it could have been a really serious event.”

Pihu has taken the ordeal in stride. She has regained her positive spirit and is now back to her normal, healthy self and her favorite activity: ballet.

It’s understandable that the prospect of visiting a healthcare facility – especially now –can be frightening for parents. Children's Hospital of Philadelphia (CHOP) has strict measures in place to ensure the safety of patients, families and staff, including universal masking, deep cleaning, reconfiguring space to support physical distancing and staggering appointment times.

Learn more about what to expect when you come in to see us. 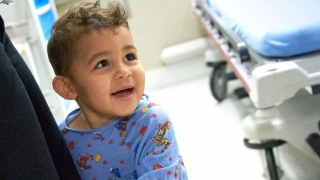 What to Expect in our Network During COVID-19

If you receive care at a CHOP Primary Care, Specialty Care or Urgent Care location, please review this information. 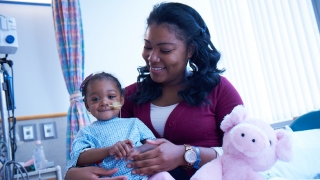 What to Expect at the Hospital and ED During COVID-19

Find information about the precautions in place for families in the hospital and ED that will keep you, your children and our staff safe during the COVID-19 pandemic.