Joel Lutz shares the story of his son William, who was born with congenital abnormalities, and how he and his wife's complementary coping styles taught them there's more than one right way to react to a child’s sickness.

A few hours after our second child, William, was born, a stranger wearing a lab coat walked into our recovery room. The stranger announced she was a neonatologist — a doctor who cares for sick newborns — and asked if we noticed anything unusual about William. 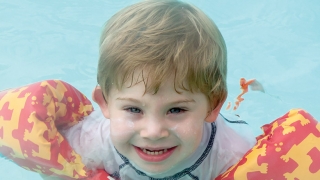 Even through the haze of an epidural, Casey, my wife and William’s mom, instantly began to cry and wanted William brought to her.

As William’s dad, I had a completely different reaction. I began listing the facts of his delivery:

After rattling off these undeniable facts and telling the doctor she had the wrong room, I began quizzing her on exactly what led her to believe William was “unusual.”

She explained that William had many anomalous features, including a small, pointed head, eyes too far apart, upward slanting eyes, oddly shaped toes, deformed ears, nipples too far apart and a swoosh in his heart.

With each fact, Casey slipped further into despair, longing for William and knowing that the very worst a mother could imagine had come true — her child would not survive.

For each physical anomaly, I immediately thought of a justification — it’s not so bad, it was a tough delivery, he sat funny in Casey’s womb, I have funny toes. But I had nothing for that last one: A swoosh in the heart.

The diagnosis — tetralogy of Fallot

The doctor then announced the diagnosis. William likely had tetralogy of Fallot — a heart condition made up of four simultaneous heart defects that would deprive him of oxygen and eventually cause death if he did not have open heart surgery. William also had a major deformity of his cranium called metopic craniosynostosis.

But that wasn’t even the bad news: Two such rare, severe defects likely meant he had a deleted ninth chromosome and wouldn’t reach adolescence.

All Casey wanted was her son at her side so she could start breastfeeding and singing to him. The doctor said William was being moved to the Neonatal Intensive Care Unit, which is staffed by neonatologists from The Children's Hospital of Philadelphia.

Casey, barely able to sit up, let alone walk, wanted to know how soon she could see him. I began researching chromosome nine deletion statistics on my Blackberry, promising Casey that we’d see William as soon as possible.

Over the eventful year that followed, this pattern of how Casey and I dealt with William’s health would play out over and over. Casey focused on how to provide comfort, nurturing and day-to-day support to William. And I researched his condition, made sure he had the best doctors — which we found at Children’s Hospital — and collaborated with them to set a strategy for his care.

Even though we had known each other for over half our lives and been married for 15 years, we often found ourselves bewildered by the other’s way of dealing with William’s health. I couldn’t understand why she wouldn’t want to hear every detail and statistic about his conditions, foolishly thinking she’d be comforted by all my efforts to control and fix the situation.

Casey, on the other hand, couldn’t understand why I’d waste time reading about what the doctors would tell us anyway instead of doing something useful like feeding William or changing yet another diaper.

At times, both of us felt our way of coping with the situation was inadequate compared to each other or some idealized notion of how we thought a parent should deal with their child’s illness. 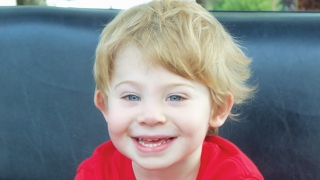 It is only two years later (after we’ve learned that William has no debilitating genetic defect, his heart and cranium are surgically repaired, and his development is on track) that we can reflect on our different ways of coping with William’s health.

We realize that neither of our reactions was right — or wrong. As long as a person’s method doesn’t hurt him or herself or someone else, it’s probably just fine.

After accepting and acknowledging our different ways of coping, we began to use our strengths to best help William. Because of my focus on fixing William, I was at all the doctors’ appointments — even participating by phone if I couldn’t be there in person. Casey kept up with all the ways to make William’s life better on a daily basis — medications, feeding, sleeping arrangements and activities.

Eventually we learned to ask for help to make up for the weaknesses those styles exposed. We were lucky because our opposite styles were complementary so that, as a couple, we had most bases covered. When we did find something neither of us was good at — like navigating Philadelphia traffic — we sought help from friends, family or the pros at CHOP.

We learned it was best to avoid being hard on ourselves for not coping like each other or like other parents that we met.

There’s no one right way to cope with a child’s sickness. Instead, by playing to our strengths and asking for help with our weaknesses, we were able to do our best for William. 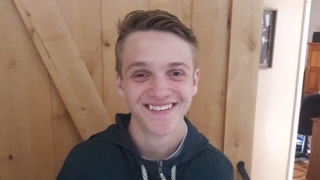