When Brayden was 10 and vacationing at the beach, his family noticed that he wasn’t acting like himself. He was irritable and going to the bathroom more than normal — every 20 minutes on the three-hour drive home from their stay. A young friend of Brayden’s who has type 1 diabetes asked if he could check Brayden’s blood sugar. Brayden tested dangerously high, over 500 mg/dl. Normal levels are between 100 and 140.

His sister Lexi, 17, got a surprise when she accompanied him to an appointment at the Diabetes Center last winter. A nurse diagnosed her with diabetes. Now Lexi uses what she learned helping Brayden to manage her own diabetes. 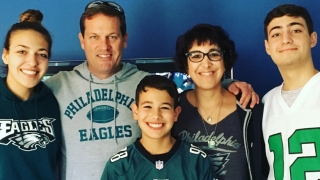 Alerted to the very real possibility that Brayden had diabetes, his parents, Meredith and Kevin, immediately drove him to their local hospital’s emergency room. When his sky-high blood sugar readings were confirmed and clinicians made the diagnosis official, he was transported by ambulance to Children’s Hospital of Philadelphia (CHOP).

Brayden was admitted to CHOP and treated by the Diabetes Center team to get his blood sugar levels down to a normal range. During his four-day inpatient stay, he and his parents received thorough training on how to manage his diabetes.

Adapting to a new routine

By the time Brayden was released to go home, Meredith, Kevin and Brayden had a good understanding of how to control Brayden’s blood sugar with diet and insulin injections. “It changed the way we eat,” says Kevin, “how we plan meals and calculate carbs.”

During the first few months post diagnosis, Brayden got help adjusting to his new routine from his friend with diabetes, who returned to his “doctor” role, sharing his tips and tricks. By the following summer, he was confident enough to go to sleep-away camp and manage his diabetes on his own.

Since then, Brayden has switched from injections to an insulin pump and now monitors his sugar level with a cordless continuous glucose monitor (CGM). In combination, the devices make diabetes management much easier, though he and his parents still pay careful attention to his diet and to maintaining the equipment.

When Brayden was diagnosed with diabetes, his older sister, Lexi, joined their parents in learning about his treatment. She learned how to give him insulin injections that first year and helped as they all changed their diet to better meet Brayden’s needs.

Last winter, Lexi was preparing to leave for a term at a high school in Israel when she came down with a yeast infection. As it happened, Brayden had a regularly scheduled appointment at the Diabetes Center the day of Lexi’s flight, so she came along for the visit to CHOP on the way to the airport. During Brayden’s visit, Meredith spoke to Lexi by phone. “I could tell she was nervous about the yeast infection, and she told me she was was in pain,” Meredith remembers. “I asked her to put Brayden’s nurse practitioner on the phone. I was hoping she could reassure Lexi about the infection and the treatment she’d been prescribed.”

Melissa Rearson, MSN, CRNP, a nurse practitioner in the Diabetes Center, saw Brayden that day, and then, at Meredith’s request, spoke privately with Lexi. She asked about how Lexi was feeling, and then went a step further and asked if she had been experiencing excessive thirst and urination. Lexi had been, so Rearson tested her blood sugar. It turned out to be in the low 300s — about twice as high as a normal level.

Instead of heading to the airport for her trip to Israel, Lexi was admitted to CHOP to begin to learn how to manage her type 1 diabetes. Since she and her parents were already well trained in managing, her stay ended up being a day shorter that Brayden’s. 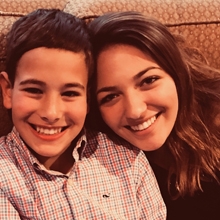 When follow-up visits showed her blood sugar levels were stable and she was comfortable managing her diabetes on her own, she was cleared to travel. In April, Lexi left for Israel for the last quarter of her junior year in high school.

Brayden, now 13, plays soccer in a local league and played football in the fall. He removes the pump for practices and games and pays close attention to his blood sugar readings to optimize his energy and performance. He is an A student, strong in every subject, and active in his local synagogue.

Lexi is also active in the synagogue, teaching younger children. She is an officer in the Pennsylvania branch of NFTY, a youth group rooted in Reform Judaism. She is also an excellent student and enjoys spending time with friends.

“We really appreciate the expertise and care of the team at the Diabetes Center,” says Kevin. “Their responsiveness in attending to Lexi on short notice shows how much they care.”

“I thought diabetes would be terrible and ruin my life,” says Brayden.

“but CHOP taught me everything I needed to know. I am no longer frightened and am ready to tackle any obstacles that stand in my way!” 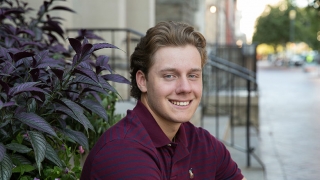 Dillon is able to manage his type 1 diabetes while playing baseball at the highest level.