Football is a physically demanding sport and causes a lot of stress on an athlete’s body. For most athletes, this stress can be addressed with extra fluid and calories. But Tim Vu isn’t like most athletes.

In the summer of 2012, he was diagnosed with type 1 diabetes, a chronic, autoimmune disease that causes the pancreas to produce little or no insulin. Having diabetes means he has to inject insulin daily, check his blood sugars regularly, and adjust his food and activities to keep his glucose levels in a safe zone.

Since his diagnosis, Tim has embraced the challenge of managing diabetes. He knew he needed to get control of his diabetes so he could fully enjoy high school and all it offered: meeting new friends, learning new things — and even playing football.

Hard work off and on the field

Tim has never let his diagnosis keep him from pursing his goal of playing high school football. He uses an insulin pump and continuous glucose monitoring to keep his blood sugars in check.

His A1C lab test results — which measure the average blood sugar level for the past three months — are regularly in the 5 percent range. That, in itself, is an amazing accomplishment, especially for a teenager who was recently diagnosed with diabetes.

All of that effort getting his blood sugar level under control — and his hard work on the field and in the weight room — earned him a spot on the Spring-Ford Rams football team as a freshman.

During his four years on the team, he’s played as a linebacker (defense) and a running back (offense). And Tim has only missed one day during his high school football career.

At 5’7” and 180 pounds, Tim isn’t the biggest player on the team, but he is fast and smart, says Chad Brubaker, Spring-Ford’s head coach.

“Despite his stature, Tim prepared himself to become a varsity starter,” Brubaker says. “He dedicated himself to getting stronger in the weight room, and he became one of the strongest players pound-for-pound that we have had at Spring-Ford.”

Tim recently won the prestigious 2015 David L. Freed Award. The award goes to a senior football player from the Pioneer Athletic Conference (PAC-10) who epitomizes the character of the late David Freed, a former Spring-Ford lineman who died following a practice incident in 1975 with a blocking machine.

"This is the first time in my five years here that I have had one of my players win this award,” Brubaker added. 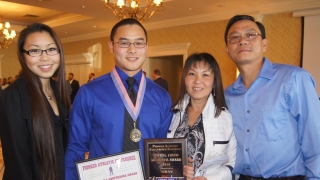 Today, Tim is looking forward to his next chapter: College.

With a 96.6 percent GPA in high school, Tim was accepted into every college to which he applied. He decided on Penn State University, where he’ll study electrical engineering.

When asked if there was any advice he’d give other teens newly-diagnosed with diabetes or those feeling overwhelmed with the ongoing challenges of managing the disease, Tim didn’t hesitate.

“diabetes is definitely a life-changing event but it does not limit us. we can achieve greatness like anybody else. it will be hard at times, but keep your head high and stay positive.” 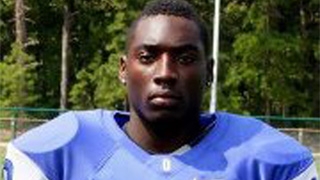