How does SMA gene therapy work?

Who is a candidate for gene replacement therapy for SMA?

Gene replacement therapy for spinal muscular atrophy was approved by the FDA in May 2019 for treatment of children under age 2 years with genetically confirmed SMA. If your child meets these criteria, we will complete a clinical evaluation and additional testing to determine if they are a candidate to receive gene therapy for SMA.

How is SMA gene therapy given?

SMA gene replacement therapy is given as a one-time infusion into the vein using an IV. The infusion will run for 60 minutes. Your child's vital signs will be checked every 15 minutes during the infusion and hourly for two hours following the infusion. No sedation is required for the infusion. Gene therapy for SMA is administered in our Day Medicine Unit.

Children receive only one dose of gene therapy for SMA. One day prior to receiving gene therapy, your child will be required to start taking daily oral corticosteroids. They will continue this daily medication for approximately two months afterward. Corticosteroids are given to help control liver inflammation, a common side effect following infusion. Exact dosing depends on your child's liver function labs, which will be checked routinely after receiving gene therapy.

After receiving gene replacement therapy for SMA, your child will need to come to CHOP frequently for the first couple of months for clinical evaluations and to have labs checked. At some designated time intervals labs can be done locally and results sent to CHOP, if it is more convenient for your family.

Follow-up appointments are scheduled for the following intervals after infusion:

Labs are checked at least weekly for the first four weeks after the infusion, and then every two weeks until three months post infusion. In some cases, we may need more frequent visits or more frequent bloodwork.

Our dedicated child life specialists are also available to work with your child and provide age-appropriate and therapeutic activities to make them feel comfortable and relaxed during the IV insertion and infusion, as needed.

Results of gene replacement therapy for SMA and ongoing research

Clinical trials for SMA gene therapy have shown clear efficacy in young children with SMA type 1, resulting in a decreased need for respiratory support as well as improvement in motor skills.

Research trials have also shown that the earlier children receive gene therapy for SMA, the better the results. It is also important to note that gene therapy has not yet been evaluated in children with advanced SMA, and is only FDA approved for children under age 2.

Additional clinical trials with Zolgensma are ongoing to study the outcomes of gene replacement therapy for SMA. We encourage you to ask your child’s medical team any questions you may have, and we will share new information as it becomes available.

Children’s Hospital of Philadelphia has been involved in gene therapy clinical trials for SMA since the preliminary stages, gaining early clinical experience administering this new treatment. In addition, your child has access to a dedicated Neuromuscular Program care team, including neurologists, nurses, dietitians, physical and occupational therapists, rehab medicine, pulmonologists, endocrinologists and orthopaedic specialists who all have experience caring for children with spinal muscular atrophy. Our multidisciplinary team is focused not only on providing the newest SMA treatments, but providing all the support systems and tools for them to be most effective.

Read more about other therapies currently available for treatment of children with SMA. 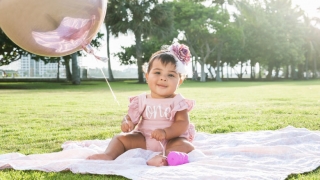 SMA is a genetic disease that affects the spinal cord and nerves, resulting in muscle wasting and weakness.

One of the latest breakthroughs is the treatment of SMA in children and adults is a new medicine called nusinersen (brand name Spinraza).
Contact Us
215-590-1719
Fax
215-590-1771
Book Appointment
Second Opinions