With the generous support from the Knisely family and the Division of Neonatology at Children's Hospital of Philadelphia, the focus has expanded to include the endowment of a professorship and an annual lectureship and award. 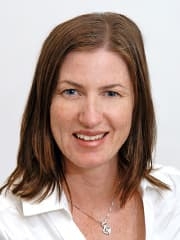 Dr. Parker will be speaking on “Addressing Social Care in the NICU” 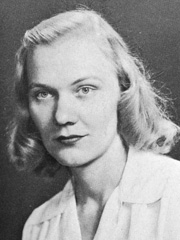 Additionally, Dr. Knisely was a member of many organizations devoted to child and maternal health, including the Philadelphia Pediatric Society, Philadelphia Neonatal Society and the American Academy of Pediatrics.

Following Dr. Knisely's death in 1979, her husband, Samuel E. Knisely, established the Kristine Sandberg Knisely Memorial Fund as a way to carry on her profound legacy.

In 1996, the first Kristine Sandberg Knisely Lectureship Award was held and it has become an honored event drawing prominent speakers from around the world. It is held annually at The Children's Hospital of Philadelphia.

Barbara K. Schmidt, MD, FRCP(c), MSC, is currently a professor emeritus of pediatrics at the Perelman School of Medicine at the University of Pennsylvania. She is a former attending physician in the Division of Neonatology and director of Clinical Research. In 2006, Dr. Schmidt was chosen as the Kristine Sandberg Knisely Lecturer and Award Recipient. In 2008, she was named the Kristine Sandberg Knisely Chair in Neonatology and held that role until her retirement in 2017.

Scott Lorch, MD, MSCE, currently holds the Kristine Sandberg Knisely Chair in Neonatology. He is a professor of pediatrics at the Perelman School of Medicine at the University of Pennsylvania and the Director for the Center for Clinical Epidemiology and Biostatistics. He also serves as Associate Chief of the Division of Neonatology.

Continue reading below for a full list of past recipients.
1 of 1

Alice Goffman, PhD
Assistant Professor of Sociology
University of Wisconsin-Madison
“On the Run – Fugitive Life in an American City”

Michael S. Kramer, MD
Professor of Pediatrics and of Epidemiology and Biostatistics Department of Epidemiology, Biostatistics and Occupational Health, The Montreal Children’s Hospital, Montreal, Quebec
“The Short- and Long-Term Child Health Effects of Prolonged and Exclusive Breastfeeding: Results of a Cluster-Randomized Trial in Belarus”