The syndrome takes its name from the Dutch pediatrician who was one of the first to formally describe it, in 1933. It occurs in an estimated 1 in 10,000 live births.

Common physical characteristics of CdLS include:

Behavioral issues, such as self-injury or attention deficit hyperactivity disorder, might also be present.

To date there are several different genes that have been identified that result in CdLS when a change (mutation) occurs in one. There are still a small percentage of people with CdLS in whom a change in one of these genes cannot be identified; it is likely that additional causative genes have yet to be identified. In the majority of cases, the mutation is not inherited, but occurs spontaneously as a new (de novo) change in an egg or sperm or very early in fetal development.

A team at Children’s Hospital of Philadelphia, led by Ian Krantz, MD, identified the first gene to cause CdLS when mutated. The gene is called NIPBL. Since that discovery in 2004, two additional CdLS genes have been identified.

A person with CdLS can live a normal lifespan. However, if medical problems such as recurrent pneumonia, intestinal issues or congenital heart defects are not identified and properly treated, they may result in a shortened lifespan. 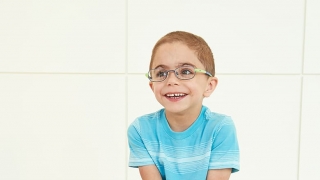 Learn about what to expect at your first visit to our center, what to send ahead of time, who you’ll meet, and what happens next. 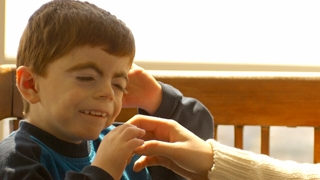 When asked whether Andrew, who is mostly nonverbal, knows the alphabet, he grins and starts hitting letters on his iPad: A, B, C... 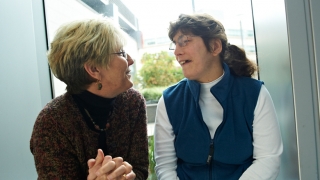