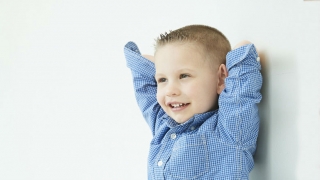 Years of uncertainty — that’s what you might face if your child is diagnosed with autism spectrum disorder and clinicians struggle to find the right treatment to address specific symptoms. But there’s a different scenario: A genetic test quickly identifies the cause of your child’s disorder. This unique key — coupled with extensive research on thousands of other children with autism — then unlocks the answers that will guide your child’s treatment today and affect all of their tomorrows.

That future may be closer than you may think. Thanks to years of study and coordinated efforts by Children’s Hospital of Philadelphia and other top clinical and research facilities around the country, our understanding of autism spectrum disorder (ASD) has grown exponentially since the condition was first described more than 70 years ago.

Today, more than 90 genetic causes of autism have been identified. New tools and triage procedures are helping children get diagnosed and into treatment more quickly. Behavioral therapy has proved effective in mitigating the effects of the disorder. And that’s just the beginning.

“We’re at a critical juncture in autism research,” says Robert T. Schultz, PhD, Director of the Center for Autism Research (CAR) at CHOP. “The projects we are involved with today will shape the care delivered to patients with autism for generations to come.”

Many faces of autism

One in every 59 children is diagnosed with autism — 20 times more than a generation ago. The complex neurodevelopmental condition affects the way children learn, how they behave, and how they interact with others. But not every child is affected in the same way.

Take three CHOP patients, for example: Franco was nearly 2 years old before he said his first word. Anthony talked, but often got so frustrated trying to express himself that he acted out. Massimo, on the other hand, shut down under stress: He couldn’t make eye contact and used food to soothe himself.

Because of the wide range in both severity and type of issues children with autism face, studying the condition has been extremely challenging. To address the variable nature of the disorder, clinicians and researchers need data from thousands of individuals with autism spectrum disorder and their families.

“Our goal — both in clinic and in research — is to understand each child’s unique issues so we can deliver the right treatment, at the right time, to the right child,” says Amanda Bennett, MD, MPH, a developmental pediatrician who works extensively with CHOP’s Autism Integrated Care Program.

In the past two decades, CHOP has built one of the largest and most comprehensive autism programs in the country. Each year, more than 10,000 patients receive care from experts in neurology, developmental pediatrics, psychiatry, psychology, speech pathology and other CHOP specialties. Many of these patients also participate in studies by CHOP’s Center for Autism Research. The overarching goal: to explore new ways to help individuals with autism lead full and complete lives.

To advance patient care and research for children with autism, CHOP is working on one of its most ambitious projects to date — creating an Autism Spectrum Disorder Learning Healthcare System (LHS).

“An LHS effectively turns the clinic into a research lab, where discovery is a natural outgrowth of patient care,” Schultz says. “Because CHOP provides care for such a large number of patients with ASD, we are in a unique position to not only learn from each individual, but also from the larger group. We can discern patterns in symptoms, behavior, genetics and developmental factors, and then use this knowledge to develop tailored clinical support programs that grow with each patient throughout their lives.”

For now, CHOP’s clinical and research teams are devising ways to standardize all the data collected from patients and families. At regular intervals, parents will be asked to share details about their child’s symptoms, treatments, response to therapies and any issues of concern.

“The Learning Healthcare System is incredibly exciting,” Bennett says. “Unlike a research study or clinical trial in which some children receive the investigational therapy and others do not, with the LHS we give each child the individualized care they need now. Then, we track and analyze their reactions to that treatment — adjusting as needed — and use that information to inform future care for children with autism.”

The LHS would not be possible without philanthropic support from individuals and partner organizations like the Philadelphia Eagles.

In another far-reaching study, CHOP is partnering with the Simons Foundation to collect and analyze genetic samples from 50,000 families living with autism. Privately funded, the Simons Foundation Powering Autism Research for Knowledge (SPARK) project is the largest genetic autism study ever attempted.

The goal is to create a national database on the genetics of autism by cataloging saliva samples from children with autism and both of their biological parents. Researchers hope to gain a deeper understanding of the genetics of the disease, which will lead to new or improved treatments. Two years into the study, CHOP has already enrolled about 5,000 participants, including 1,800 children.

“We’re trying to learn about the biology of the cell so we can change it, treat it or modulate its function with medications or lifestyle factors such as diet in order to produce better outcomes for children with autism and their families,” Schultz says.

While massive projects like the LHS and SPARK show great promise to improve our understanding of autism long term, a number of smaller projects at CHOP could impact autism care within the next few years.

“We’re not just looking at long-term outcomes, but also helping kids with autism to have a better quality of life now,” Schultz says. “It’s less about finding a cure for autism — in fact, some people find that insulting — but instead, discovering what an individual with autism wants out of life and how we help them achieve that.”