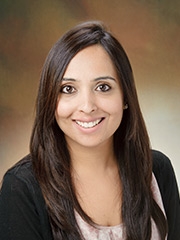 Maryam Naim, MD A new study led by Maryam Naim, MD, pediatric cardiac intensive care physician in the Division of Cardiac Critical Care Medicine at Children’s Hospital of Philadelphia (CHOP), found that African American children in the poorest neighborhoods are about half as likely to receive emergency bystander CPR following an out-of-hospital cardiac arrest than white children in disadvantaged or more prosperous neighborhoods. The research was published in the Journal of the American Heart Association on July 10, 2019.

In addition to her CHOP position, Naim is an assistant professor of Anesthesiology and Critical Care at the Perelman School of Medicine at the University of Pennsylvania.

While disparities in bystander CPR rates have been studied before in adults, this was the first time racial and socioeconomic factors have been analyzed exclusively in children in the United States. The striking disparity was found among black children living in primarily black neighborhoods with high unemployment, low education and low median income. An estimated 7,000 U.S. children suffer cardiac arrests outside the hospital every year.

Naim and her colleagues suggest that teaching CPR to parents before a newborn is released from the hospital or during pediatrician visits would provide a good opportunity to improve training and potentially close the gap on this disparity.

Read the American Heart Association news release about this research.

Maryam Naim, al. "Race/Ethnicity and Neighborhood Characteristics Are Associated With Bystander Cardiopulmonary Resuscitation in Pediatric Out‐of‐Hospital Cardiac Arrest in the United States: A Study From CARES," Journal of the American Heart Association, July 10, 2019.