C.S. was being treated for a rare type of leukemia, and he was responding well to therapy. Unfortunately, the precocious 6-year-old with a love of LEGO and Pokémon suddenly developed sharp abdominal pain, vomiting and fevers, and was quickly transported to his local hospital. 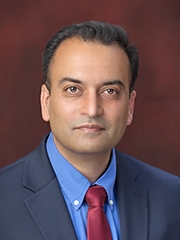 Asim Maqbool, MD After a battery of tests, C.S. was diagnosed with acute pancreatitis, a rare condition affecting less than 1 in every 10,000 children. One of his chemotherapy medications, PEG-asparaginase, has been associated with pancreatitis, but it is still rare — less than 2% of patients treated with it develop pancreatitis. His symptoms were severe, and even with the best pain and nausea medications, he wasn’t able to keep his life-saving anti-cancer medications down. Repeat imaging showed that C.S. had developed a serious complication of pancreatitis, a pancreatic pseudocyst.

Teaming up with pancreatic experts

Though he lived in another state, C.S. had been participating in a drug treatment study at Children’s Hospital of Philadelphia (CHOP) due to the rare nature of his leukemia. His oncologist at CHOP referred him to the CHOP Pancreatic Disorders Program for further management of his complicated pancreatic disease.

CHOP’s Pancreatic Disorders Program was formed in 2017, and includes a multidisciplinary team who diagnoses, treats and cares for children with pancreatitis and related conditions. When C.S.’s family discovered our program in 2019, we had only been formally organized for a little over a year. 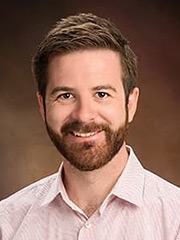 Jefferson Brownell, MD, MS Since then, our program has grown exponentially. Today, CHOP operates one of the largest pediatric pancreatic centers in the nation. We diagnose and treat hundreds of children and teens with pancreatitis and other pancreatic disorders each year, and our program is one of a few pediatric programs accredited as a Pancreatitis Center of Excellence by the National Pancreas Foundation.

When C.S. and his family were referred, he was examined by the Pancreatic Disorders Program team, including specialists from Divisions of Gastroenterology, Hepatology and Nutrition, Endocrinology, Pulmonology, Oncology, Surgery and others. The Program participates in the joint Penn-CHOP Center for Digestive, Liver and Pancreatic Medicine, a partnership with experts at the Hospital of the University of Pennsylvania (HUP).

Led by our expert radiologists, the team reviewed C.S.’s previous imaging and formalized a safe treatment approach, incorporating dietary modification and a revolutionary new method of draining the pseudocyst without surgery — previously performed in fewer than 100 children worldwide, and none as small as C.S.

We worked with our skilled colleagues in the Biliary and Pancreatic Diseases Program at HUP, who shared their extensive experience with the endoscopic drainage procedure. Drainage of C.S.’s pseudocyst was indicated, as the fluid collection was so large that it was pushing on his internal organs, causing pain, nausea and vomiting. C.S. underwent drainage of the pseudocyst with placement of a stent to keep it draining and preventing it from reaccumulating. Within days, he was tolerating his medications and food in his stomach, as if he had never had the pseudocyst.

Our team worked with C.S. and his family to review available approaches to treating pseudocysts and potential risks and benefits of each procedure:

While the definitive solution in this case was a procedure, our team worked with C.S. to address every aspect of his pancreatic disease:

Today, C.S. is a back to playing soccer and building massive LEGO creations. He has not had recurrence of pancreatitis or his pseudocyst. And to top it all off, he is cancer-free.

Care for children with pancreatic disorders is evolving rapidly — and CHOP is actively involved in this research. We are part of the INSPPIRE Consortium, an international collaboration investigating better ways to diagnose and treat pediatric pancreatitis. We have active research trials investigating ways to evaluate pancreatic function and nutritional approaches to manage the disease.

Ongoing research contributes to evidence-based care and guidelines — which, in turn,  benefit and advance care for our patients.

We don’t have all the answers now, but we won’t stop until we do.