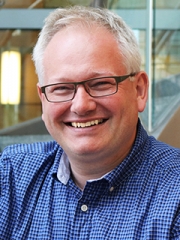 Researchers from Children’s Hospital of Philadelphia (CHOP), Texas A&M University, and the Perelman School of Medicine at the University of Pennsylvania collaborated on a study to identify a new genetic pathway involved in regulating sleep that could lead to new treatments for insomnia and other sleep-elated disorders. The findings were recently published in the journal Science Advances.

While several large-scale genomic studies have attempted to identify sleep genes in humans, those studies might struggle to understand the function of the genes. In this study, human genomics data was then studied in fruit flies to validate and test the function behind those genes, which were further validated in zebrafish. This led to the identification of the PIGQ gene and its role in sleep regulation.

“Our lab’s three-dimensional genomics approach implicated causal genes responsible for human insomnia, and we were able to then perturb the comparable gene in a fruit fly model and observed sleep disturbance,” said Struan F.A. Grant, PhD, a Director of Center for Spatial and Functional Genomics at CHOP and one of the senior authors on this study. “This study shows how we’re able to use such model organisms to validate human genetic leads that help get us closer to therapeutic discoveries that could benefit patients.”

With this information, the team is hoping to study the role of a common form of protein modification on sleep regulation to see if other genes behave similarly to PIGQ. Additionally, the collaborating institutions hope to use the method pioneered in this study to investigate other traits commonly studied using human genome-wide association studies (GWAS), including neurodegeneration, aging and memory.

Read more about the study here.